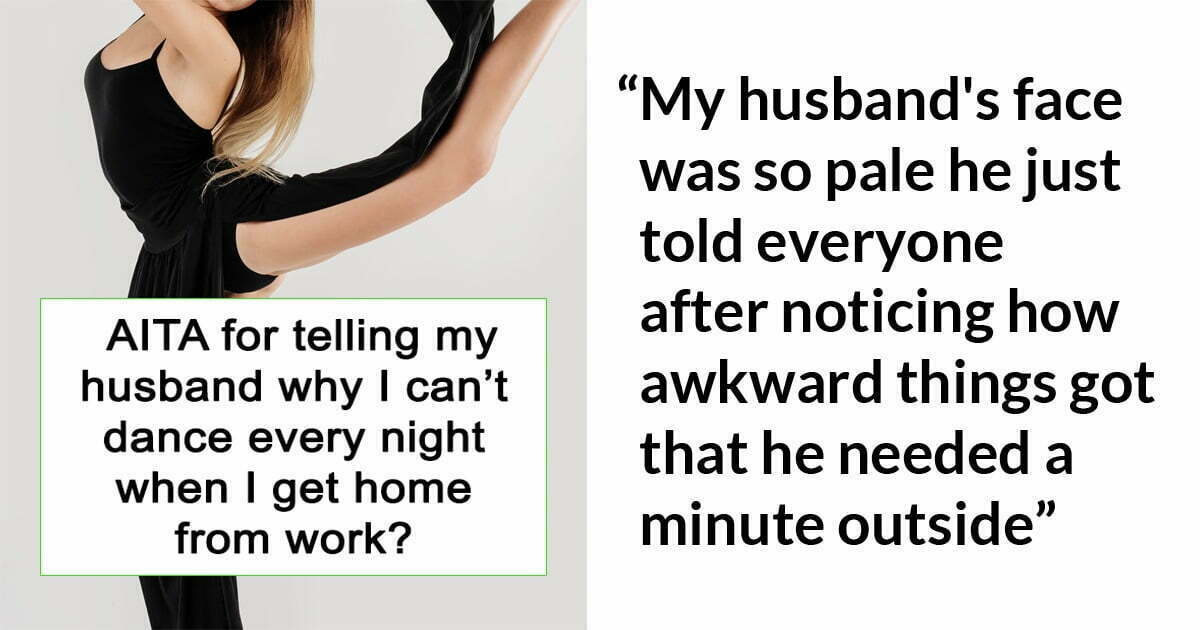 Man Asks His Wife Why She Doesn’t Dance For Him Every Night After Work, Gets Embarassingly Shut Down

There is no wife in existence that enjoys being talked down to in front of their friends and family members. None. Hence, you are asking for their wrath if you decided to be the genius guy who asked why they can’t do something other wives can.

A Reddit user shared how she got furious when her husband shot a serious question demanding extra service from her on the table with their big family. Needless to say, the Thanksgiving meal became tasteless after the ensuing train of complaints from her.

But now that she’s cooled down, she decided to get third-parties opinions if she was being too much.

The 35-year-old woman shared that she’s been married to her husband for 6 years and was at her inlaws to celebrate Thanksgiving. She helps with the household income by working as a nurse, and they raise three children together.

However, her 37-year-old husband was unsatisfied to learn that his wife could not provide the same service as his brother-in-law’s girlfriend, who doesn’t have children.

A fight ensued because he thinks he’s been embarrassed by his wife in front of the family.

She initially thought that was her husband’s poor sense of humor at work, but no. The mom-of-three shared, “I thought it was a joke, but he was actually serious and was complaining about me not doing the same as his brother’s girlfriend who has no kids and no long hour shifts.”

In a later update, the wife added that her husband “had always had a beef” with the brother-in-law and has a “history” with his stepmom.

It was clear that the husband was very much in the wrong for comparing his own wife to someone else’s girlfriend.