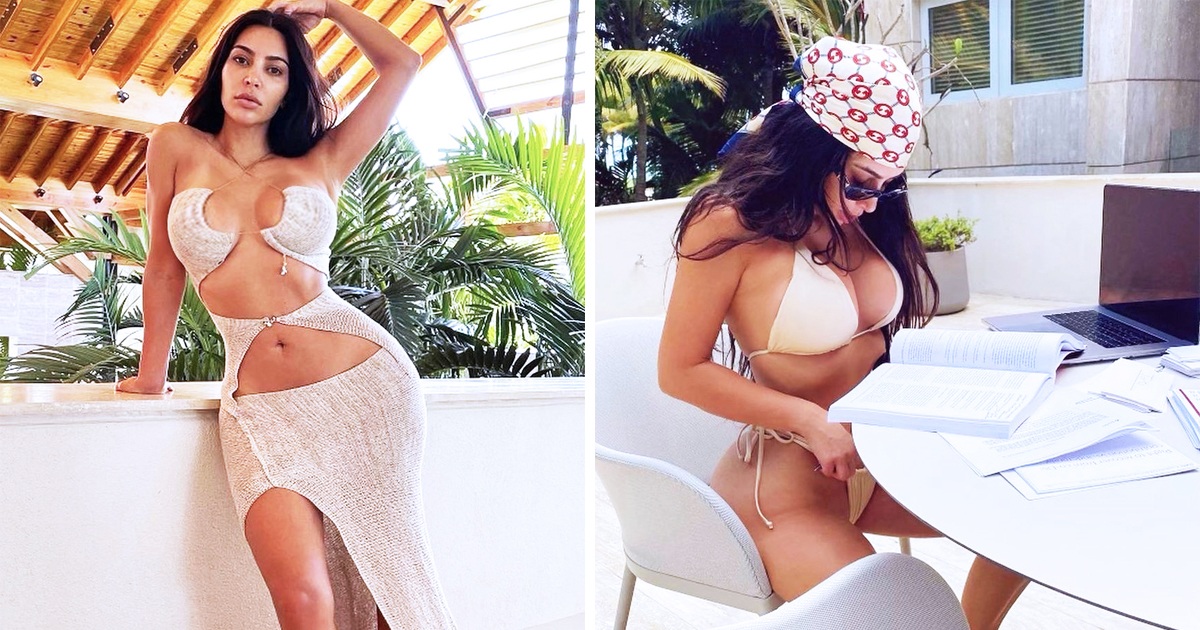 Kim Kardashian, 40, in a series of photos on Instagram, featured her daughter North’s pet beard lizard named Speed modeling in different costumes. Speed donned a tiny pink hat with the word “sports on it” while posing in front of a small microphone in the first photo.

Kim Kardashian left the internet divided after sharing snaps of daughter North’s pet dressed up for a photoshoot.

In another, the stylish pet wore a magenta wig and held on to a small pink electric guitar. Speed kept it quite simple for her third look, rocking a pair of pink and yellow sunglasses while standing close to a strawberry lollipop. “Photoshoot Fresh w Speed.” Kim captioned the photos.

The stylish pet wore a magenta wig in one of the photos and held on to a small pink electric guitar.

Many of the mom-of-four followers couldn’t get over the striking photos, and instantly, reactions and comments emerged without hesitation. The post has so far racked over 4millon likes, with some people saying it’s hilarious while a few were left unimpressed. “WTF.” One said. Another added: “This might be the greatest post you’ve ever done.”

Many of Kim’s 216M followers couldn’t get over the striking photos. However, a few were less than impressed.

A third stated: “This is the content we deserve.” A fourth, who was less than impressed, said: “Ridiculous. It’s an animal, a pet. Not an object you can dress up.” A few people even went to the extent of pointing it out that Speed, the bearded dragon was in urgent need of a pedicure.

In early 2021, Kim bought her daughter North, 7, a lizard pet after looking after one for a close friend.

In early 2021, Kim bought her daughter North, 7, the lizard, after looking after one for a close friend. The pet was introduced on Instagram, where she revealed: “Meet the newest member of our family. Speed. I wasn’t planning on liking Speed the way I do, but she grew on me!”

The pet was introduced on Instagram, where Kim revealed: “Meet the newest member of our family.”

She explained: “Speed was my BFF Allison’s, and we babysat for a week, and she never left, and it’s been months! Speed got a makeover with custom Skims Cozy and even the Lil Uzi jewel. (Speed actually got the jewel a few months back; North always knows what’s up!). North and her bearded dragon go everywhere together; it’s kinda cute!”