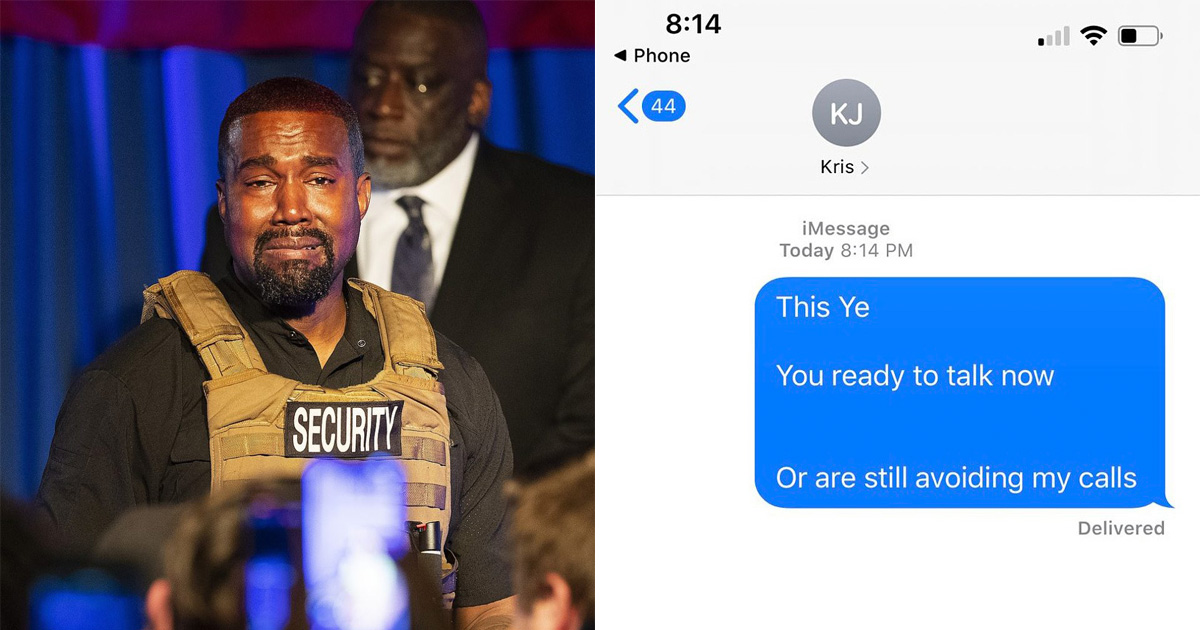 Just last night Kanye West went wild with his Twitter, sending a series of rage tweets saying that Kris Jenner and Kim Kardashian are trying to lock him in. His chaotic presidential speech was not pretty at least to Kim and these tweets raised concerns over his mental health.

West teared up as he revealed abortion talks in his family.

A series of rage tweets.

West showed hostility, saying Kris is not allowed around his kids and that Kim tried to lock him up with a doctor. “If I get locked up like Mandela, y’all will know why,” wrote West.

He also made a reference to the movie ‘Get Out’ and that his situation is similar to that. In another tweet, he posted a screenshot of his text message to Kris, demanding her to call him back.

‘Get Out’ is a movie with racial relations that involved a black man discovering his white girlfriend’s family involved in grotesque practices to extend their life.

His rants, including “NBC locked up Bill Cosby” continued and then were deleted an hour later.

He ended the rants with ‘focus on the music’ tweet.

Along with that, he announced that the his newest album named after his late mother will drop this Friday. He also included a list of the tracks.

Elon Musk and other fellow followers were concerned over his health.

Before this, Kim spoke to The Sun, saying, “Kim wants Kanye to drop out of this race now and she told him if he does not she may drop him!” She was mad at hearing Kanye revealed about the abortion talks they had on their first daughter.

As West has revealed he’s fighting with bipolar disorder in 2016, Kim now claims that she doesn’t believe West is well enough to run for presidency.

Spokesman for the South Carolina Board of Elections, Chris Whitmire, however revealed that “the state election commission did not receive a petition from Kanye West” and “there are no exceptions to the deadline”.

West did spend the required fee and filed the Federal Election Commission paperwork in Oklahoma for the run in November.

The Kardashian family also freaked out when they saw how Kanye did not practice social distancing measures and met people indoor without a mask. Kris demanded him to self-quarantine for 2 weeks before meeting his wife and kids again.