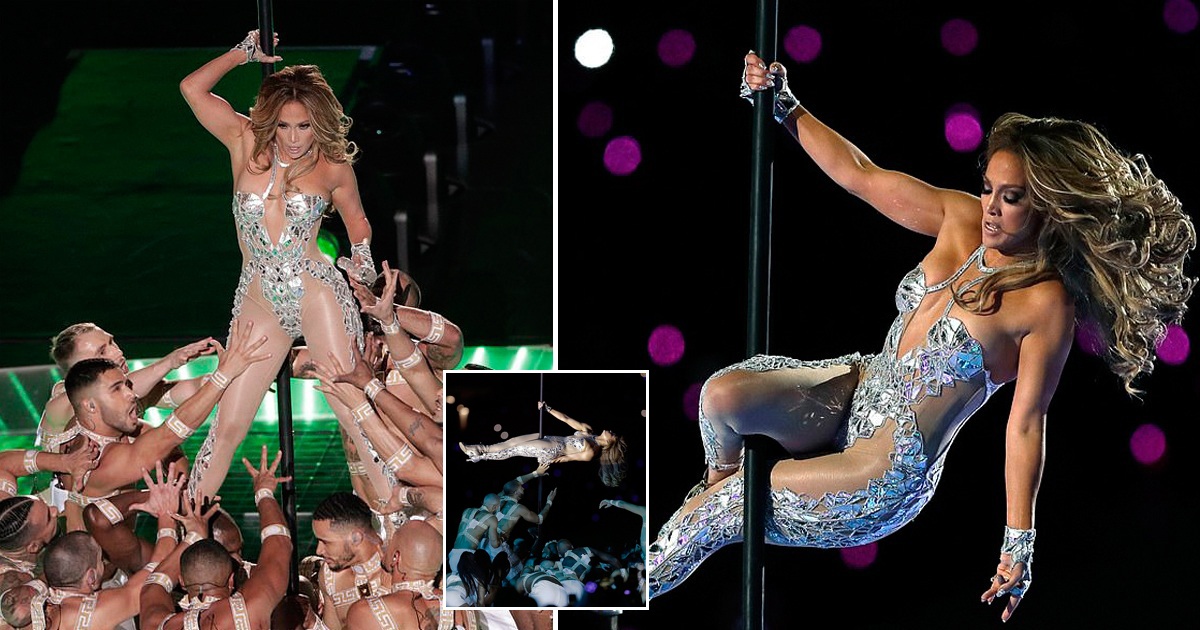 We’ve known that Jennifer Lopez will be delivering one hell of a performance for Super Bowl. And she has also been hinting on a pole dancing performance for her Super Bowl show. But see it in person is definitely amazing and electrifying.

The 50-year-old diva performed right after Shakira and bless audiences with her greatest hits from Waiting For Tonight to Love Don’t Cost A Thing. She continues wowed us with her pole dancing performance she got from ‘Hustlers’.

She also sang a duet with daughter Emme, 11.

Her halftime show at the Hard Rock Stadium in Miami, Florida also had her featuring some cheerleader moves.

The show was also done in front of star-studded guests such as Jaz-Z, Cardi B and model Emily Ratajkowski. Puerto Rican rapper Bad Bunny and Colombian performer J Balvin also appeared as guests to the 12-minute performance.

And who else attended her show? Yep! It’s Alex Rodrgiuez who absolutely partied the heck out during her show. She was gushing so much, some of us can feel the secondhand embarrassment with how much he’s just in love with the diva.

We understand Alex, we would to.

She was joined by J. Balvin when singing Mi Gente.

She continued her medley of hits with a cheerleader squad in leather top.

She had her backup dancers spun her around as well!

She did not forget to let her daughter Emme sang on one of world’s largest stage!

They continued dancing with small girls next to the Puerto Rican flag and to its tune.

The Latin singer’s heritage is also that of Puerto Rican. On this performance, this Grammy singer said, “The scope of this show is so grand, not just the actual size of the stage but also the size of the audience. I have prepared for months. I’ve trained physically and vocally harder than I ever have before. I don´t take this opportunity for granted.”

“Not only do I want people to have the time of their lives, I want young Latin girls around the world to know this isn´t an accident and this is something they too can achieve. Jennifer and I talked about that a lot. Symbolically this means so much to us.”

She added, “I’m a woman, I’m Latin and I’m American and I’m proud of all of those things. If you’re going to describe me, I guess, that’s what it is. So, all of those things will be part of the performance for sure. I really hope that it empowers people.”

Next on, she was joined by another Latin hitmaker, Shakira.

J. Lo commented, “There is so much that we can achieve, just me and Shakira being on that stage is something where people go, ‘Yay, anything is possible. We can be up there, too.'”

She also talked about the difficulty on arranging the show.

“The Super Bowl is the holy grail of live performances … so you´re thinking large scale, big moments, but also it still needs to feel very you and very personal and you want some kind of intimate, emotional moments as well. I’ve just been thinking of having a nice balance of the big and the kind of like intimate moments, too.”

She had problem choosing the songs and set list to be shown on the live that is co-produced by Jay Z and Roc Nation for the first time. “There was no way to fit in everything people were asking for, ” said the singer. “But that’s a blessing.”

J. Lo shared an Instagram post of her with Shakira and captioned, “Let’s show the world what two little Latin girls can do.”