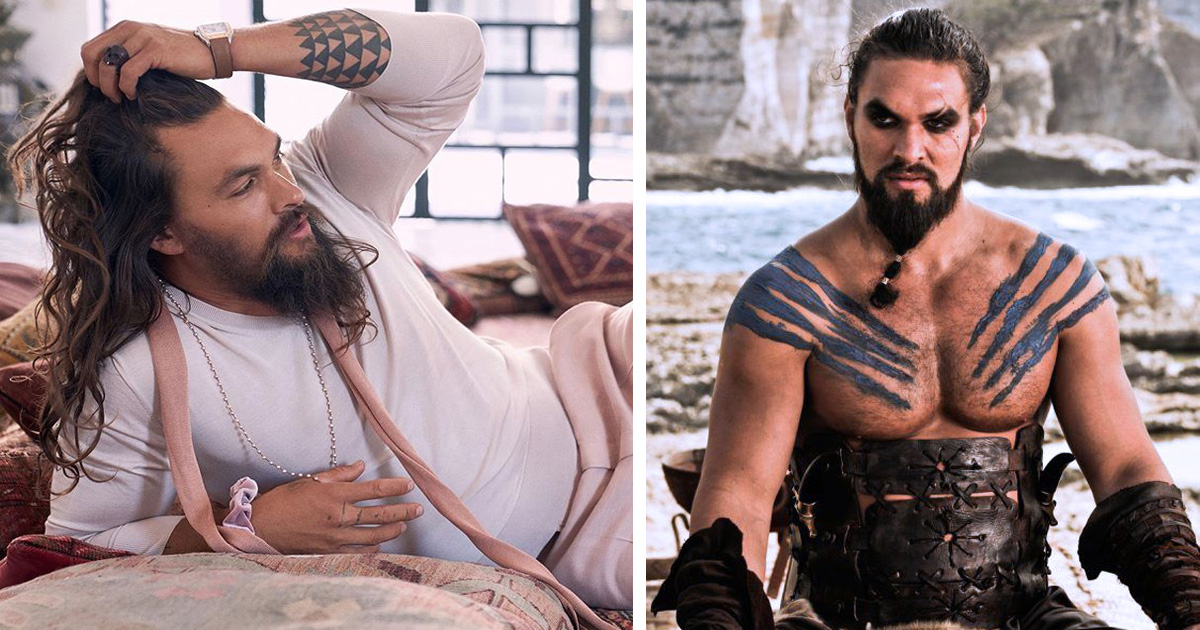 Jason Momoa is a man of many facets. On one side, he’s an environmentalist who always advocates for less plastic waste and saving the earth. On the other, he’s the Aquaman, a superhero who swims the water and stuns female audiences with her masculinity.

In a recent interview with InStyle, however, he talks about finding a job post-Khal Drogo was hard. The 6’4″ actor admitted, “I mean, we were starving after ‘Game of Thrones.'” Momoa already owned a home in Topanga Canyon and was married to Lisa Bonnett, living together with her and their 2 kids.

“I couldn’t get work. It’s very challenging when you have babies, and you’re completely in debt,” he continued. It wasn’t until he was cast as Aquaman in the famed movie ‘Justice League’ that he finally gained financial stability for his family. His career skyrocketed thanks to how charming he is on-screen and off-screen, albeit for opposite reasons.

Momoa said that he got beat up a lot because he was a mixed-born from two different worlds. His early career was not smooth after ‘Baywatch Hawaii,’ for which he threw away his marine biology plan.

Today, he’s booked all the way through 2024 and is currently promoting multiple projects, such as Apple TV+ series ‘See’ on its second season. Recently, the trailer for ‘Dune,’ which covets multiple expensive casts such as Josh Brolin, made Momoa ‘feel like a kid, freaking out.’

Dune is also casting Zendaya and Timothee Chalamet and is directed by ‘Blade Runner 2049’ director Denis Villeneuve. Expect some differences from the books as the filmmaker had openly talked about wanting to give his own spin into the movie.

There are also plans for one sequel and one spin-off; however, it is still unclear as the ‘Dune’ schedule has been delayed until October 2021.