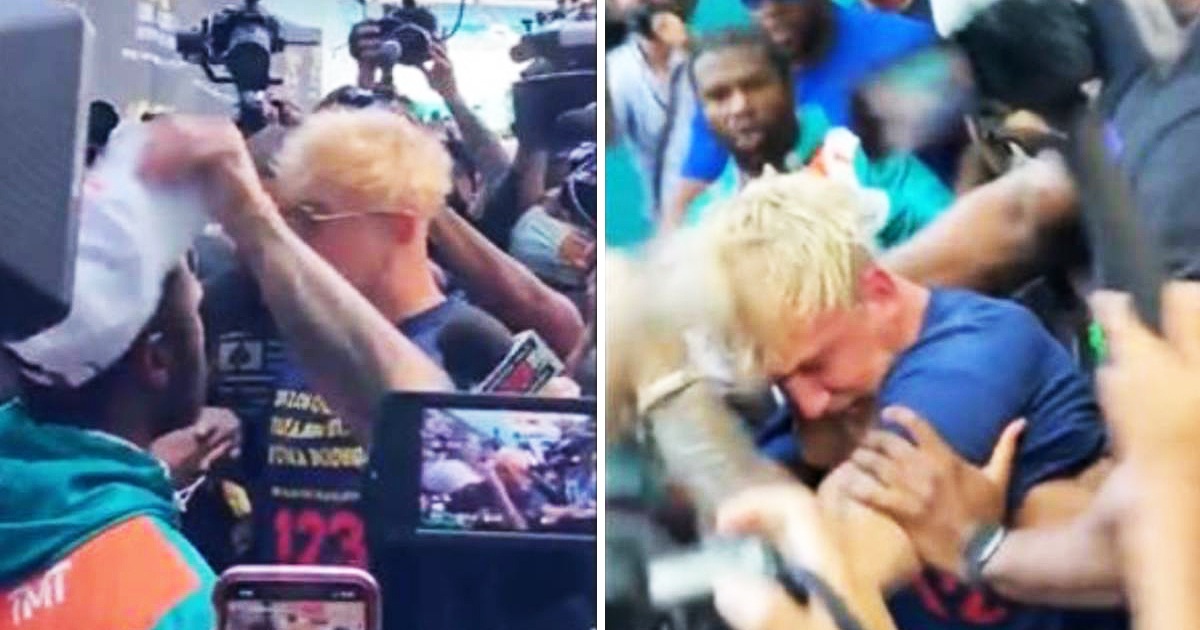 At his exhibition bout with Logan Paul in June, Floyd Mayweather got into a physical brawl with Jake Paul that ended with the legendary boxer furious and Paul nursing a black eye, including a busted tooth. This started as a verbal confrontation but resulted in a fight in the corridors of the Hard Rock Stadium in Miami.

Floyd Mayweather in Head Rock Stadium in Miami got into a physical fight, leaving Jake Paul with a black eye and busted tooth.

Logan and Floyd fronted the media and even mouthed off each other in a typical pre-boxing match pattern. However, it was when Jake got face-to-face with the 50-0 boxer that things sparked up. The YouTuber, in particular, stole Mayweather’s hat and attempted to leave.

“Don’t be calling out on me. Let’s make it happen.” Paul said to Mayweather.

“Don’t be calling out on me. Let’s make it happen.” Paul said to Mayweather. In response, Floyd reached to grab Jake and did punish him for the public embarrassment. It’s pretty challenging to determine what happened next due to crowds being in the shot.

In response, Floyd reached to grab Jake and punished him for public embarrassment.

Paul, who boasts a 3-0 pro boxing record against Mayweather, was eventually ushered away by security through a door away from the hallway. In a clip shared by @ShowtimeBoxing on Twitter, Mayweather was seen storming off and screaming: “I’ll kill your motherf**cker! Are you crazy? I’ll f*** you up, motherf*****. I don’t play motherf***ing games. I’ll f*** you up.”

Jake was eventually ushered away by security through a door away from the hallway.

Jake Paul has afterward quickly taken to Twitter to claim it was one of Floyd’s bodyguards who inflicted the blow upon his face. However, during the face-off, Mayweather had dubbed the brothers ‘fake fighters’ and offered to fight both of them on the same night. Logan responded: “The only thing that’s fake on this stage is Floyd’s f****ing hairline.”

Jake afterward took Twitter and claim it was one of Floyd’s bodyguards who inflicted the blow upon his face.

It definitely will be fun to see Jake and Floyd tussle in a boxing ring instead of his brother Logan. On the other hand, Jake is presently 3-0 after a string of highly publicized bouts with a former NBA Professional and former MMA fighter. Similarly, Logan is 0-1 after failing entry to the boxing scene with a fight against YouTuber KSI and Floyd.

YouTuber Jake also promoted a new line of gotcha hats by tattooing it on his leg.