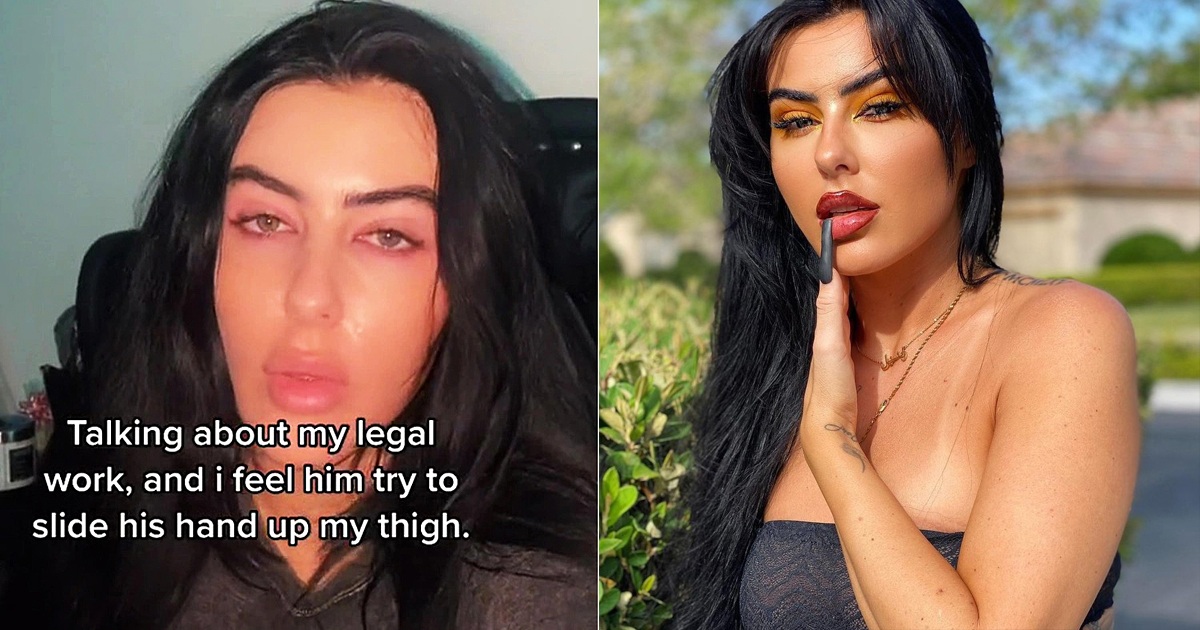 It’s not just in the law field – in almost any conceivable, male-dominated field, women are always struggling to be treated equally. It’s so apparent to Rachel Diane that men just can’t keep their hands to themselves when talking to her.

Professional attorney Rachel Diane shares how in two legal events, she’s been sexually harassed by the opposite sex.

I have nothing to say. You can tell I’ve been crying. ##lawyer ##feminism

“I attended two legal events. This is what was said,” she captioned the TikTok video. The attorney discloses the things men were telling her, quickly making assumptions that she was a man’s plus one.

It was supposed to be a professional setting, but the male attendees couldn’t have been more borderline criminals.

Men were hitting on her, saying things like, “If you go on a date with me, I’ll open doors for you.”

But they didn’t faze the woman, who is always vocal about the discrimination in the law field. Just a few months ago, she went viral calling out discrimination against women’s private lives.

After showing a list of men on vacations and wearing trunks at the beach, she added her own picture in provocative black bikinis with her makeup on. She wrote, “You do not have a problem with professionals living their lives, enjoying their lives, [or] having a past.”

She is also the owner of My Royalty Cosmetics which donates a part of its profits to protect children in need.

Rachel later updated, “I have contacted their firms and demanded an internal investigation for sexual harassment.”

She’s got the men’s business cards and decided that if her reports to the firms have done nothing, she’ll use the power of social media to take down the firms.

People are disgusted by what happened to her.