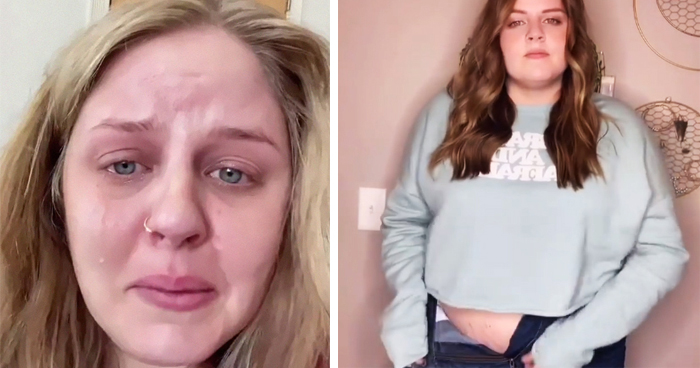 The pretty privilege exists. Denying that is like denying that you like pretty things to ugly things. We’re not saying fat is ugly, but you know what we meant. People are obsessed over appearance more than you think they are.

Cassidy Lane who’s experienced the pretty privilege, and then discrimination, is the perfect person to prove this point. It went viral with close to 7 million views now, but the bartender admitted that she didn’t expect it to be so.

“I work in the service industry. I’m a bartender and if you were unaware, the way you look influences it a lot,” Cassidy began. “Whether that’s tips or how people treat you, it just does.”

“And when I tell you that my whole life change when I started getting help for my eating disorder, which resulted in weight gain after the pandemic,” she began sobbing. Surprised at herself that she started crying while talking about it after starting her Body Positivity Bartender page for a while now, she continued.

“People don’t even look you in the eye anymore.”

But, now in contrast? “It’s a little more like, ‘Hey, how’s it going? What can I-‘ As if she got cut, it immediately switched to the imaginary man making his order without asking back at her.

“And people saying that doesn’t actually happen, please raise your hand if you would willingly like to live as a fat person,” said the bartender. “And the fact that no one raises their hand makes the point and it just makes you feel hopeless. Like, am I ever going to be worth more than my looks?”

We can all pretend it’s not true, but we know it is.

The Halo effect is real. This is when you attribute someone’s personality to a single good thing from them, i.e., their appearance. Based on a study by Hernandez-Julian & Peters in 2017, this effect can even be observed in teachers who are grading in university courses.

People relate so much and thank her for her candid story.