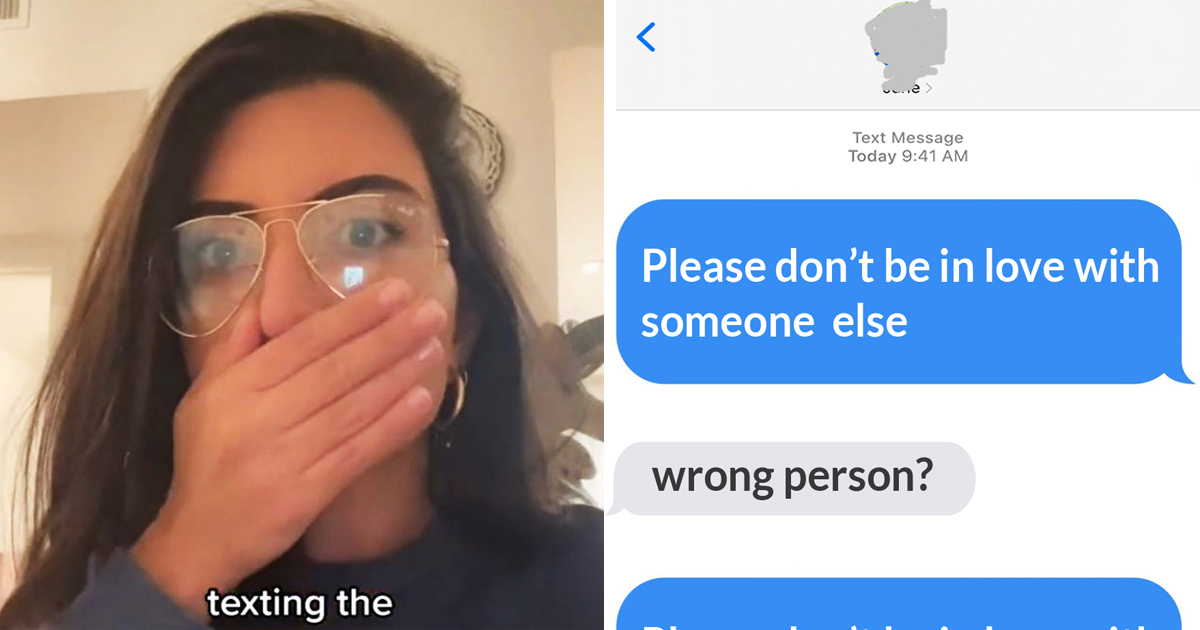 You’ve broken up, but your heart hasn’t quite moved on from them. And as time goes by, you’re only convinced that you still care about them. That’s how Persian actress Laleh Khorsandi felt about her ex-boyfriend and texted to “the one that got away.”

She texted the lyrics from Taylor Swift’s “Enchanted” and did not imagine she’d get a response like that.

“Please don’t be in love with someone else,” she texted the guy.

While he first thought she had texted the wrong person, he quickly got into gear and replied to her.

The man romantically replied back, “I couldn’t say it before, and I’m sorry. But I’ve always loved you.”

He showed eagerness as he asked her immediately if he could come over, and we all know what Laleh said based on how the situation unfolded.

Like a whirlwind, Laleh updated and told her followers full of excitement that things were going well. He did come over. “I didn’t sleep at all last night. At all. I have a million things running through my mind right now.”

“So here’s the thing: he came over last night. We talked about a lot, but he left because it was so late. He came over so late, so I was like: ‘You have to go.’

“And also because I just needed to be with my own thoughts,” she continued.

One can always try, but it’s definitely not a typical result to expect!

They even went on a date! Yes, they did! Laleh shared that they went to a rooftop cocktail bar in a hotel called Westlight.

But the ending was not one that most people expected as the man later told her during the dinner, “I’ve taken a job abroad.”

“Yes, I’ve taken a job abroad. I’m leaving after Thanksgiving,” she recounted his words before motioning a stab into her heart, knowing the ship had sunk before it ever got to set sail again.

The date was fantastic, but Laleh shared that their relationship never got another jumpstart.

But she didn’t regret it as it served as such a “beautiful closure” to the relationship between them. She realized many people don’t get these and is glad she got hers before he left. She shared that she does “wish him well” on his journey before joking that she’d love to meet Rahul Rai, who’d just landed in New York.