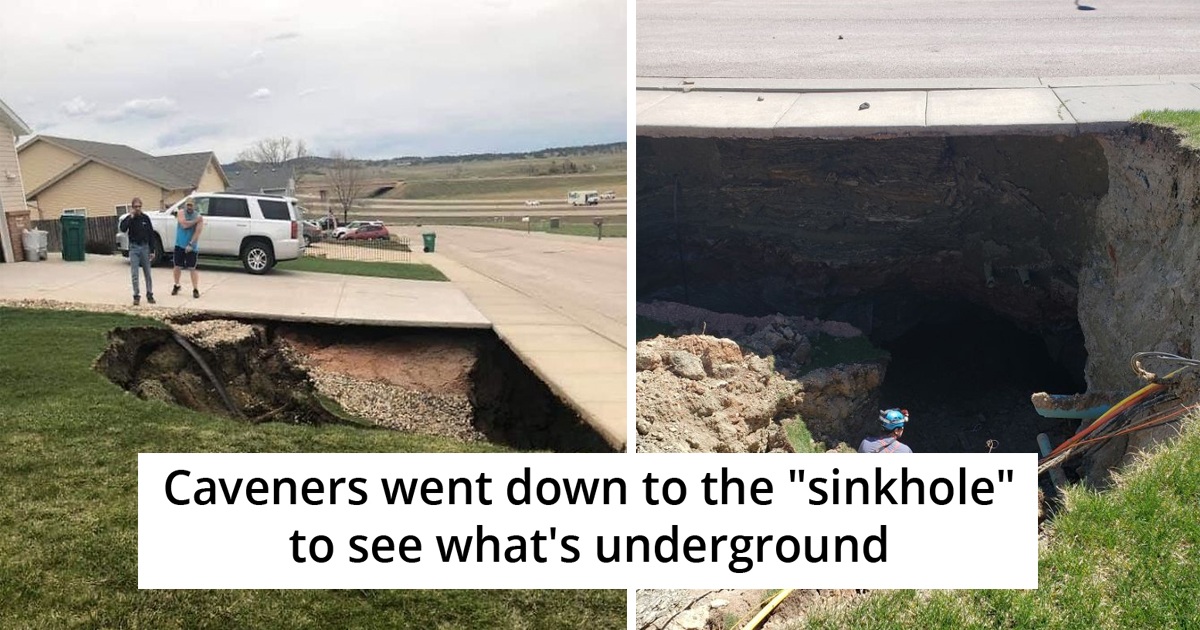 Huge Sinkhole Opens Up In South Dakota, People Go Inside And Share Pics

A giant sinkhole opened up in South Dakota, affecting an entire neighborhood and soon others might be impacted. But despite the effect, there’s a shocking revelation as well – the giant sinkhole led to a discovery of an abandoned Gypsum Mine.

Currently, officials, as well as explorers of a local caving group ‘Paha Sapa Grotto, are investigating the sinkhole, and photos from inside are going all viral. People residing around the opened sinkhole are still shocked as residential homes were developed over the neglected gypsum mine.

The local caving group is regarded as a subchapter of the National Speleological Society and a world leader in conservation, exploration, and caving science. Speaking on behalf of the group, Nick Anderson, a member said: ‘When the news on the sinkhole emerged, we instantly knew it was on a geological unit that could possibly have caves inside of it.’

‘We also knew that country emergency authorities wouldn’t have vast experience in the area, so we offered to help in a bid to determine the scope of the problem. Going into the Sinkhole, we deduced it was a neglected gypsum mine and not the suspected cave. The room we entered was 60 feet wide and 15ft tall. We look around and did got really exited’ Nick added.

The Sinkhole, according to the caving group was over 2K feet across and 150 feet wide, which of course went directly under about twelve residential homes. Equipped with survey gears and prepared to map the mine, the group were, however, unable to safely explore all corners of the sinkhole.

‘The full scope of the mine is still widely unknown as passages are either flooded and collapsed or perhaps too dangerous to pass through.’ The group added.

Nevertheless, residents of the Hideaway Hills Subdivision are presently suing South Dakota, Developers of the Subdivision, and Meade County for over $75,000,000.

The lawsuit featuring about 119 homeowners includes attorneys for previous owners, real estate who sold the homes, and counts against title companies involved in the sales of the homes.