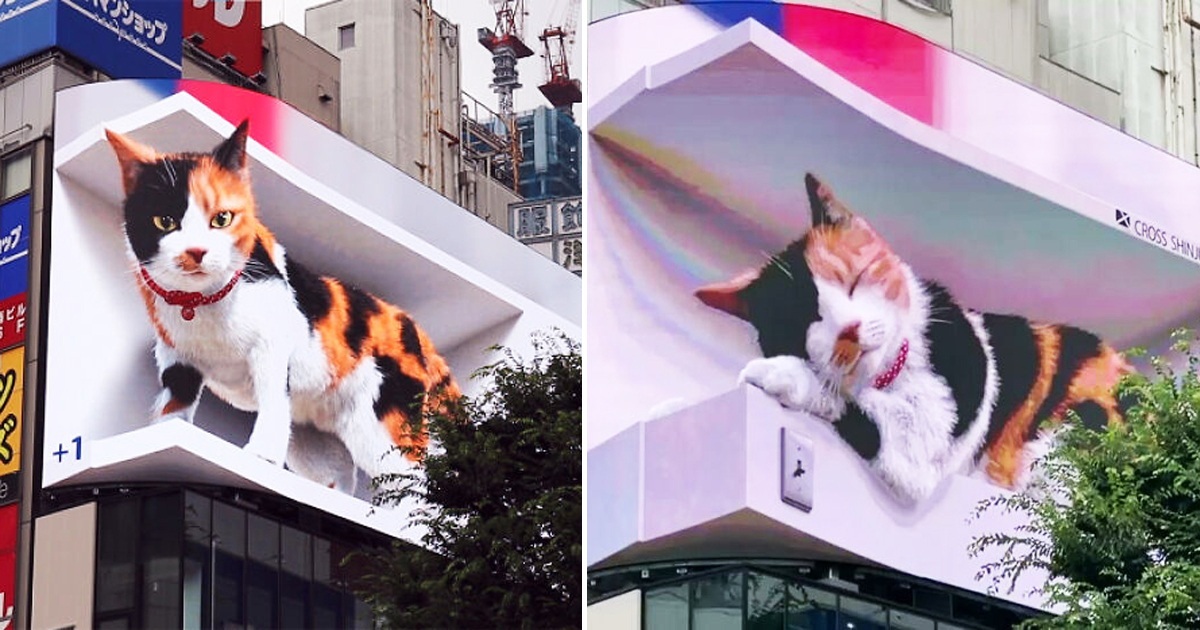 A huge cat appeared in Shinjuku, Tokyo, and no, this isn’t a Godzilla shooting. The cat appeared in a huge 3D billboard in one of the crowdest sections of Japan. Needless to say, it had charmed every single passerby who just had to do their ritual: pictures and videos.

The giant Calico cat was seen looking down at the streets with curious eyes and perked ears.

It takes naps and sleeps at night, too, after tired with its daily cat life.

People can find this banner just outside the Shinjuku Station, and it’s called the Cross Shinjuku Vision spot. This space is about 154.7 square meters wide and is a sought-out corner spot. But you know what’s better than seeing a giant cat looking at you while crossing the streets?

It’s that the 4K high-quality 3D animation came with such an adorable ‘meow.’

Previously, it was just an empty space before the cat was added. Let’s just say they really made this place shine and even more crowded. Cats always work.

The cute cat goes viral, and every single act it did was just perfection.

What do you mean people are praising the cat too much?

People are absolutely in love and finding times to make a stop at this intersection. Why it’s not every day can you see a giant cat meowing down at you, do you? People were praising how realistic and well-done it is.