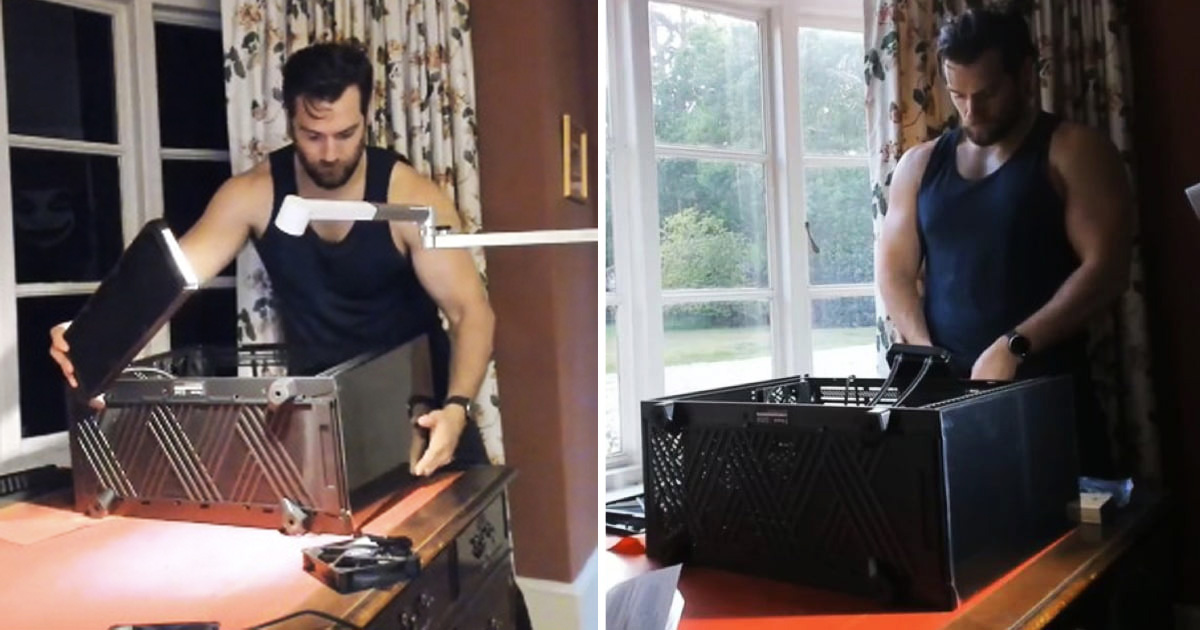 Henry Cavill is well-recognized for his love of gaming. And now he’s going all viral for his latest Instagram clip, which featured him building a gaming PC from the scratch.

The Witcher lead character, 37, was seen in a blue tank top that showcased his masculinity as he constructed the PC. Henry specifically built the computer to a tune which of course, has left fans reeling.

First, the actor flaunted his progress using a GoPro camera attached to a headband in a bid to show fans the tiny details that go into putting together a PC.  He later swapped to a camera that filmed from a distance as he used tools to place the parts until built completely.

In a twist, Cavill showed off the concluded PC which had lighting in it and fortunately worked perfectly well but shortly fixed one of the parts he had placed upside down. Nevertheless, Cavill during the lockdown did paint Warhammer miniatures.