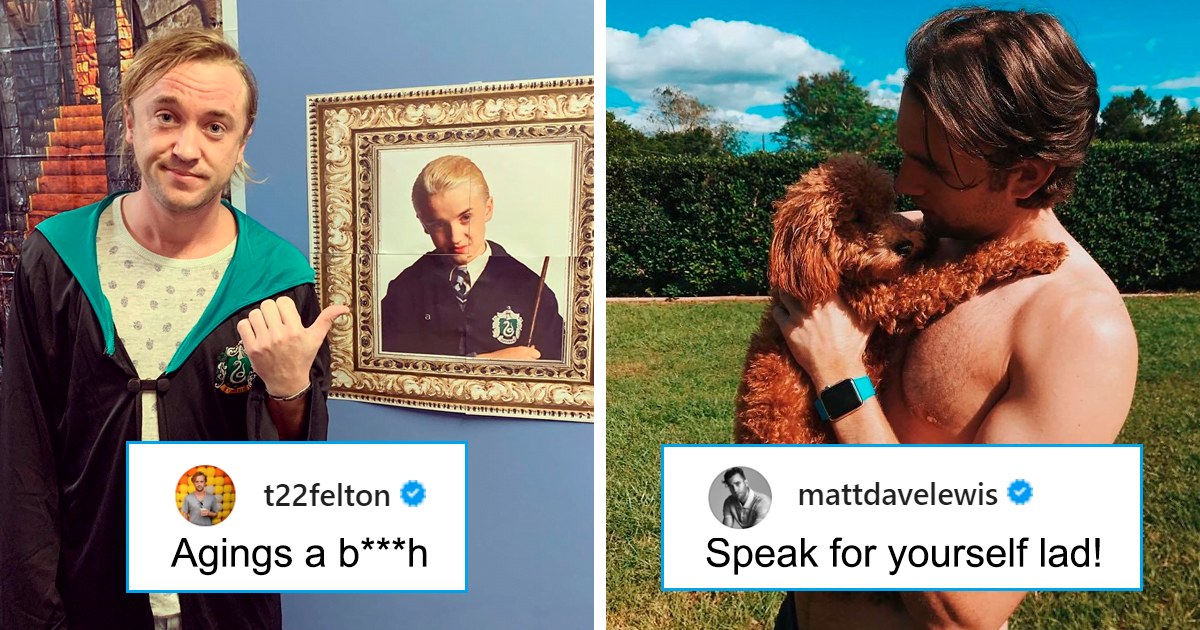 The word aging often invokes fear and this feeling that everything shall pass. It’s also the word that plague ANY great franchise and stories because the actors and actresses that played their roles can’t stay young forever. The same thing happens to the child actors and actresses from ‘Harry Potter’.

Tom Felton – seriously, if you haven’t followed his IG yet – played the infamous Draco Malfoy in the ‘Harry Potter’ franchise. We all know that in the end, he’s just a munchkin who needed a chance to redeem himself. He did not grow up in the best environment, but he found a good wife and became an exemplary parent himself.

And Willow the dog is such an angel.

He was this nerd kid that most others would rather stay away from. The only people that would stick around would be another nerd. Like the Losers Club in ‘Stranger Things’, except that his story is much crueler than being chased by Demogorgons.

But here’s the thing – Tom did not think aging did well to him.

To many people, it did not. In fact, how much do we wish that these characters would last forever as the books do? And how relatable this post can be to some of us.

Because Matthew Lewis did not agree:

Um, OBVIOUSLY. Everyone wants to Longbottoming. The nerd became a star and like a glass of aging wine, we just want to have a sip of that very fine look. Aging has done a great part of his life.

Look at this. The world in one picture.

But let’s not forget that Tom had to dye his hair 17 times during his time filming in the franchise for his character. That ought to do some damage to his hair but seriously though, he’s overemphasizing aging…

…forgetting the fact that he’s already a looker.

George Weasley’s actor Oliver Phelps likes to poke in though.

But you know what’s better? Neville Longbottom getting convinced to join the Slytherin house in a single picture.

Whatever aging has done to them, we all know it has done a pretty good darn job. And not everyone can Longbottoming all the way through. Sometimes, you’re just too good for that to happen because it’d be illegal.