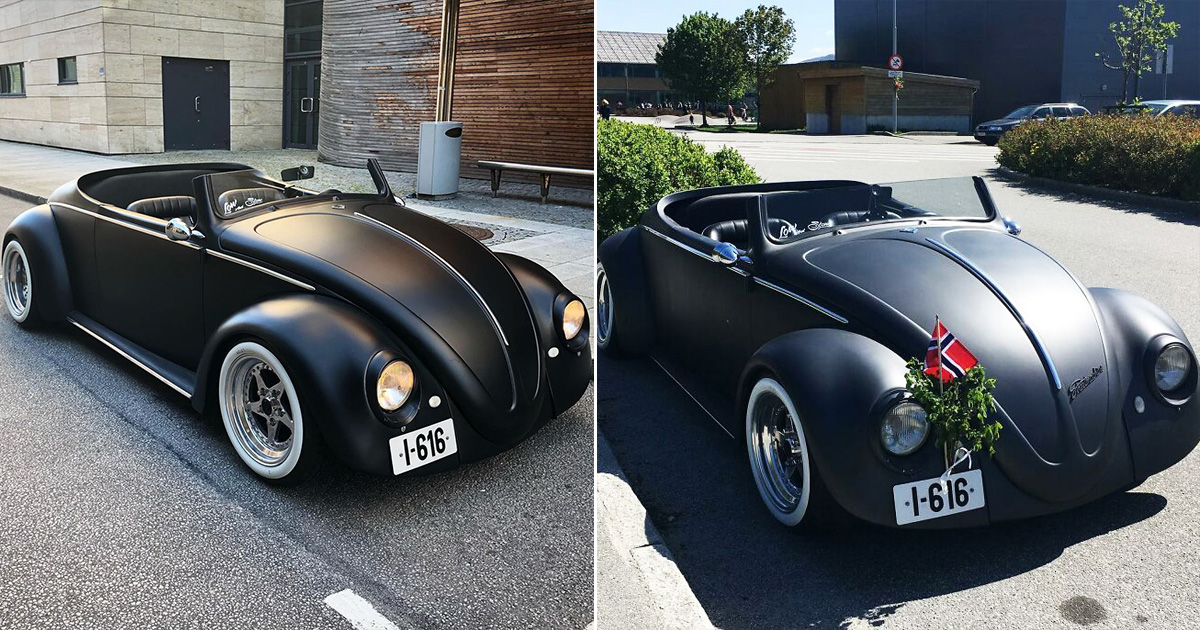 The automobile had been invented in Europe, which considered cars as toys for affluent enthusiasts. On the other hand, other continents have transformed cars into everyday items available to even regular people. Introducing new construction methods, iconic cars are now redesigned with a symbol of modern times. So it’s only natural that anyone with the mind of creativity can equally reproduce iconic models of vehicles.

Here, designer Danni Koldal has transformed a 1961 Volkswagen Beetle into a sleek, black matte roadster that could quickly be owned by Bruce Wayne in any Batman movie. The redesign of the VW Beetle Deluxe includes new paint, the subtraction of certain parts of the car, resulting in a hot rod appearance.

For this adorable beetle transformation, Danni, suspected to be from Norway, removed the original ornate chrome bumpers along with the fender-mounted turn signals. The lowered vehicle had its mirrors replaced by torpedo-looking ones, windshield chopped off, and roof annihilated.

Danni equally opted for large whitewall wheels that perfectly merged sleekly with the silver-white trim on the doors and bonnet. For the interior design, the dashboard featured a single gauge that displayed both speed and distance traveled. Similarly, a few retro indicators and radio buttons completed the overall look while the black leather seats added to its comfort and elegance.

That being said, the vehicle still has the same 4-speed transmission with an engine boasting 25-40 horsepower and an estimated 60-70mph top speed. As seen on Koldal’s Instagram page, the car had been in exhibitions and featured on a random T-shirt in Thailand. Nevertheless, the Volkswagen Beetle community is startlingly huge, and models such as this aren’t scarce.

Besides, what are your thought on this new design?