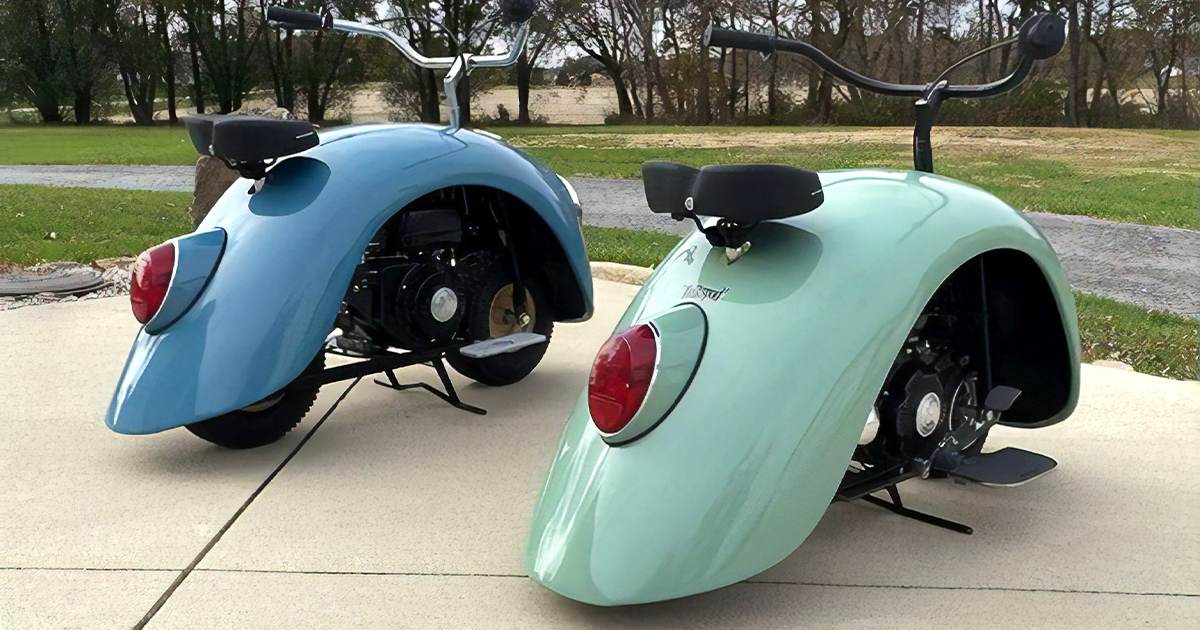 Volkswage Beetle is among the most memorable car model to be ever recorded in history. When it comes to those cars, you can remember those movies from the oldies as well as antique racing cars.

But unfortunately, these classics are saying good-byes as Volkswagen will finally stop production 80 years after. So, a man decided to give one shot at giving it the ultimate modding – re-imagine the cars as motorcycles. And Green Lemon really loves the results.

Brent Walter took apart parts of a Classic VW Beetle’s fenders and turn them into Volkspod.

Brent Walter who loves to take a part things has shown his take on rebuilding the classic Beetle’s most iconic parts – its wheel hubs. Without tampering much to this, Walter managed to add the essential parts of a motorcycle to the hubs.

Walter, who manages the manufacturing of medical devices as his daily job, builds scooters and other things in his workshop as a hobby.

Walter adds a 79cc engine, head and taillights and finished it with a smooth paintjob.

Walter also explained that he does this amazing re-building from his imagination to test out his skills. Ultimately, the finished product can end up as his trophy.

Walter has also recorded since day-1 in the making of these cute scooters. Here’s the inside.

The Type-1 Volkswagen Beetle is a vintage that is surprisingly very popular with many still selling its parts. It was originally designed as an affordable automobile that is practical for the newly built roads around Germany during 1930s and became a hit during 1940s.

Watch the new Volkspods in action!