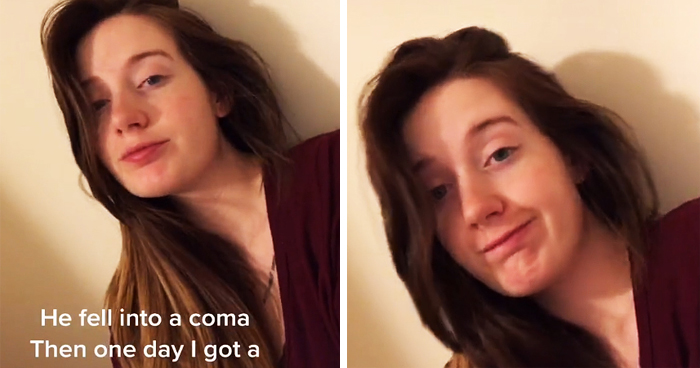 This man really brought ghosting to the next level. We don’t know what could be his real reason for doing what he did, but TikTok user k.jewel5 had the biggest shock of her life when she saw the face of the man she believed was dead years ago.

So much trauma, all caused by the guy and his family that ghosted her.

She shared that she met Dave at the age of 14. “We met through Vine, we were both creators,” the woman explained.

But since the guy lived in New York, the two decided to make it work. During the long-distance relationship, six months in, they got into a big fight and didn’t talk for the next 3 days.

To her shock, she was later told that he was jumped and stabbed. He fell into a coma after a surgery.

A shocking revelation indeed. This woman was ghosted after the man died somewhere she couldn’t be at. Years later, she saw him looking happy with a new partner. She later shared additional details on the story in a new post. She also wrote how she finally chat the man and how he responded.

She specified that the content of their fight was because she caught him cheating and he told her he’s going out for a walk. She was told that was when he got attacked and after the surgery, he went back to the doctor because he didn’t feel okay.

“That’s when they found the internal bleeding. He said he needed surgery, but something went wrong, and they put him into a coma,” she continued. “He was in a coma for 3 weeks and then died.”

“His brother called me and was keeping me updated with ‘everything.'”

She showed the heartbreaking text she sent to Dave: “Please answer. I loved you for seven years.”

Yet, the only answer she got was being left on open, showing that he wasn’t interested in communicating back with her. He and his family also haven’t explained to the woman what actually happened back then.