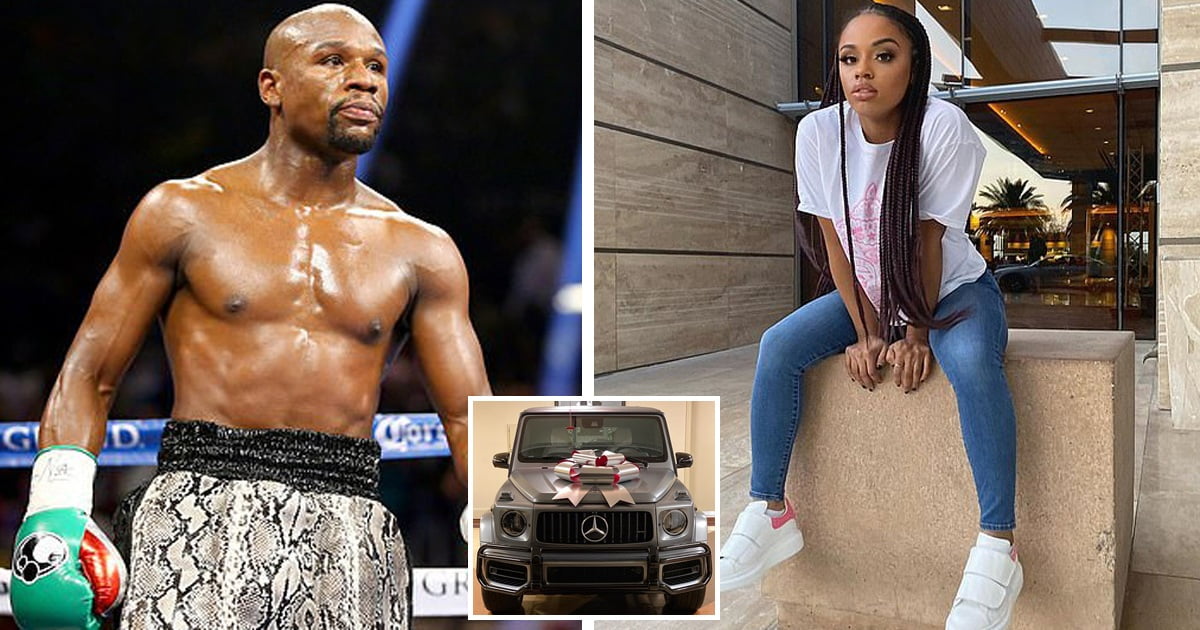 Floyd Mayweather Got Her Daughter A $150,000 Mercedes-Benz SUV This Christmas

Floyd Mayweather’s daughter enjoys an early Christmas this year as his dad brought her a $152,000 SUV as her gift. The professional boxer uploaded a post of the car for his oldest daughter, Iyanna, adding the caption, “MERRY CHRISTMAS @moneyyaya.”

Floyd added a large ribbon on the hood and also shared pictures of the interior. Iyanna was elated, sharing on her Instagram story, “OMG! OMG! OMG! Thank you so much, dad!”

She also shared the excitement on Twitter, calling this the ‘best Christmas’ ever.

Iyanna isn’t the first kid to receive a car from dad.

Previously, Mayweather gave his oldest son, Koraun, a bronze Bentley golf cart in 2015 for his 15th birthday in 2014. He gets another vehicle, a Mercedes Coupe, the next year in 2015. He also gifted his youngest son, Zion, the same $45,000 Mercedes C-Class Coupe on his 16th birthday.

Mayweather is also a collector of luxury cars and has posted them regularly on his social media. His chauffeur once shared that the 42-year-old boxer had between two to three dozens of cars. Mayweather himself admitted having his own five Rolls Royce that worth more than $2 million, calling his garage ‘an indoor dealership with a few light toys’.

Mayweather’s paycheck his fight with Conor McGregor and Manny Pacquiao earned him $500 million each.

He has been a boxer since 1996, reaching a professional title in within two years.

He retired 4 times throughout his career and has revealed on his Instagram that he’ll be back in 2020. He is also working on a ‘spectacular event’ with Dana White, President of the Ultimate Fighting Championship, but nobody knows the details on what the event is going to be.