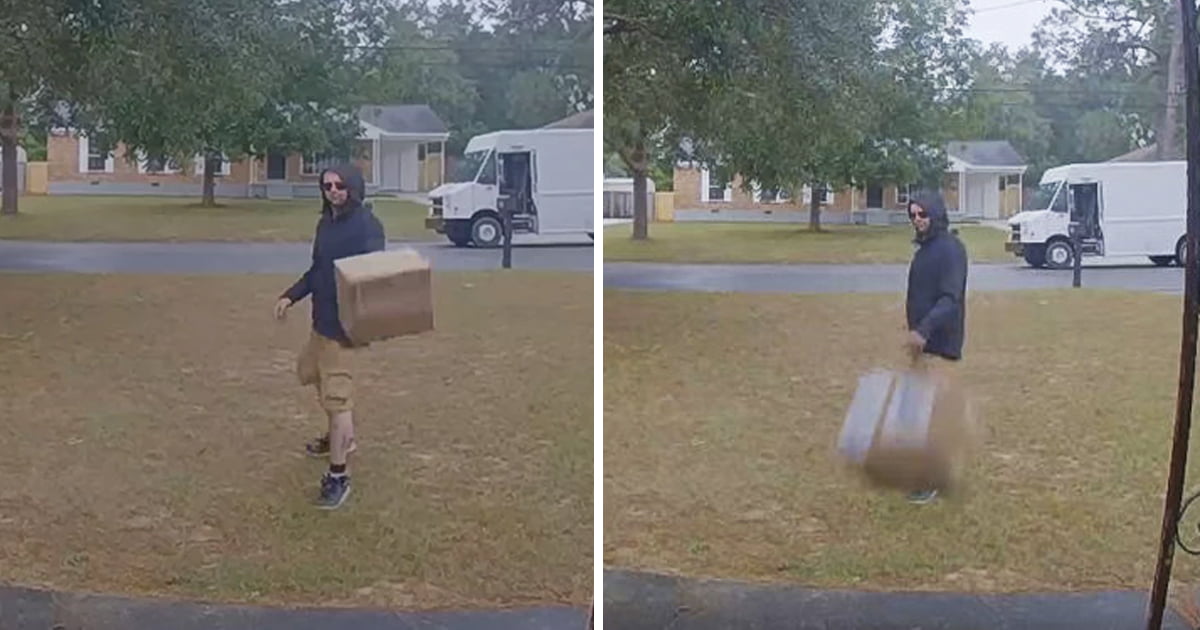 In an effort to save himself walking another 15 feet (which did not matter in the end), a FedEx delivery guy decided to just toss the package to the porch. Unbeknownst to him, it’s a $1500 lens a professional photographer needs to work with.

This homeowner has a camera installed that allows him to observe his front door. A delivery from FedEx has arrived, one with his $1500 lens. No job is easy and delivery can get really hectic, but hey, number one rule is to NOT throw the packages you are delivering.

The package has passed thousands of miles traveling, but it takes a few feet to drop to destroy it. Clearly, this guy, who appears to be a trainee, has a lot to learn, but it seems to be COMMON SENSE to not throw something you are not sure the content of.

He had to walk back, however, because he forgot that he needed his supervisor to sign it. And thanks to this, his face is clearly captured on the camera. If he had given at least a care about his job, he wouldn’t have needed to throw it and could’ve gotten everything done quicker.

The lens was an order by a professional photographer Greg Riegler from Florida.

“I’ve been in contact with FedEx and the local distribution center. It’s a contractor, and the guy tossing the box seems to be training, which is crazy he already doesn’t care about his job. After the toss, the other FedEx guy kicks the box over to open the screen door to put a door tag on.”

Greg continued writing on Reddit, “They leave the screen door ajar, which for the rest of the day sets off motion alerts to my nest camera as well as blocks half our view. I know packages are supposed to be packed in a way they can handle drops and whatnot, but they shouldn’t be intentionally mishandled.”

“A legit FedEx guy came last night to deliver it. Opened the box and inspected the lens in front of the camera after receiving, everything appears fine!”

Here’s the full footage. Guy flashed his FedEx badge as if that explains everything.

It has prompted many others to share their stories on deliverymen, both good and bad ones.