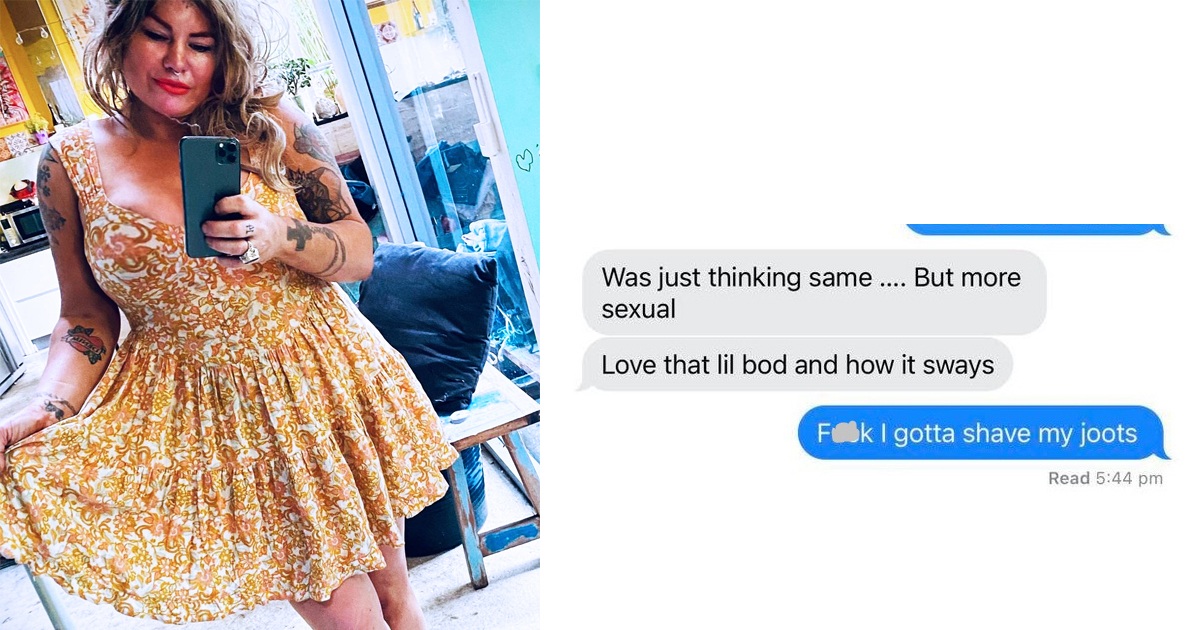 It’s often not about the problem, but how we navigate through those problems, so we get out just fine. For an Australian mother-of-seven Constance Hall, it’s the text from her dead husband, Denim Cooke.

Constance is a Perth-based blogger who’s head over heels with her husband, Denim. The feeling is absolutely mutual!

She shared a cute flirty text exchange with her husband.

Constance sent her husband an “I love you” before 6 pm. A reply came in as soon from Denim, who joked that he was thinking just the same thing, “but more sexual.”

“Love that lil’ bod and how it sways.”

Constance replied to the husband she was married to since 2018 jokingly with “I gotta shave my joots.”

“It’s the days where everything else falls down,” she revealed in the caption.

She shared to her 423k followers that she had to deal with “bills and courts cases and 3490 unread emails” on top of dealing with her credit card payments issue. She wrote how it was during these tough days does she felt the love and significance of her husband’s existence.

“I burrow into your big comforting arms with a sign on my back saying: Checked out. To everyone but Denzy.”

Constance ended the post with a positive note that tomorrow is a new one despite that “it was a f**ked day.”

Just last year in September, Constance shared how she thought she’d lose her husband to an accident.

She wrote, “The second the accident happened, my guilt poured in, and I was hit instantly with the insight that I’d put work before family and resentment before love for so long.”

Days before, she got into a fight with Denim and were both playing the punishing game by refusing invitations and going out together for a while. She recalls how one of her husband’s mates came to find her with his head down and told her about the news in a serious tone.

“’I don’t know if he’s ok; the ambulance is waiting for the chopper. I’m sorry, I just don’t know,’” she continued. Denim has since recovered, and they both apologized for playing the mean games.

Constance once wrote she “stops parenting after 7.30 pm” for wine and chats. But evidently, her kids love her.