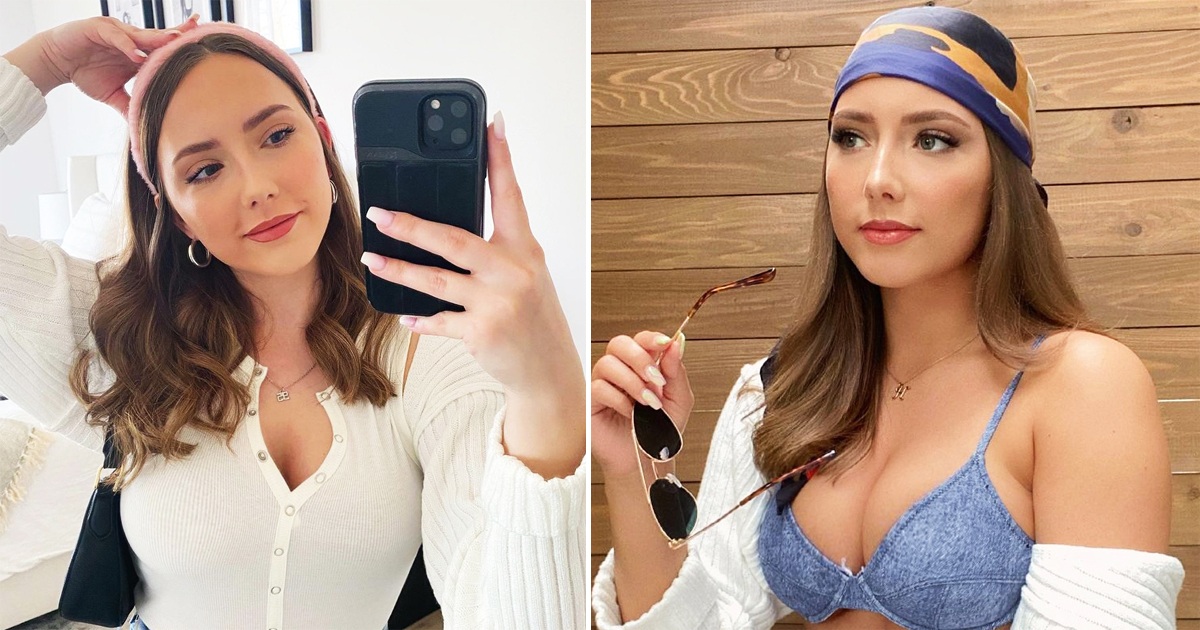 As it appears, Eminem’s daughter Hailie Jade Scott Mathers is prepared to soak up in the sun. The 25-Year-Old, who was welcomed in 1995, recently took to Instagram to share a photo of her in a denim bikini top. This has set fans wild, especially as Hailie looked utterly different.

Hailie Jade, 25, has left the internet wild after sharing a photo of herself in this ensemble.

Flaunting off her figure, Hailie modeled the denim bra with white crocheted pants. She also complimented the chic appearance with a matching cardigan and a colorful headscarf. In a series of snaps, Hailie further sported subtle false eyelashes and pink lipgloss.

“Why does it look like I’m preparing for a major tea spill?” Hailie’s captioned the photo. Going all glam, Hailie donned a pair of on-trend angular shades and even added a pair of fluttery false eyelashes. Within a blink, her followers weighed in, showering praise on the striking Instagram post.

Eminem’s daughter is such a beauty and here’s proof!

“You look like slim shady.” One user said. Another added: “You’re so pretty. I can’t.” While a third stated: “You’re killing the fashion game with all those fits.” Despite being known as the daughter of Eminem, Hailie has reportedly built her level of fame and success away from her dad.

Over the years, Hailie has built her level of fame and success far way from her dad.

Hailie has become quite an Instagram celebrity as she often shares beauty tips, fashion advice, and numerous workouts. However, Eminem, 48, has had Hailie with his ex-wife Kimberly Scott. The rapper and Kimberly wedded in 1999, but four years after Hailie was born, the pair divorced officially in 2001.

The on and off couple married again in January 2006 but filed divorce in April of the same year. On the other hand, the 8 Mile Star Eminem, real name Marshall Mathers recently spoke about his health journey over the years. Speaking to Men’s Journal, Eminem shared he had overdosed on pills in 2009, landed in the hospital, and was close to 230 pounds.

Thankfully, he returned to being healthy when out of rehab, knowing he needed to lose weight while also figuring out a way to function sober. “It’s easy to understand how people replace addiction with exercise. One addition for another but one that’s good for them.” He explained.