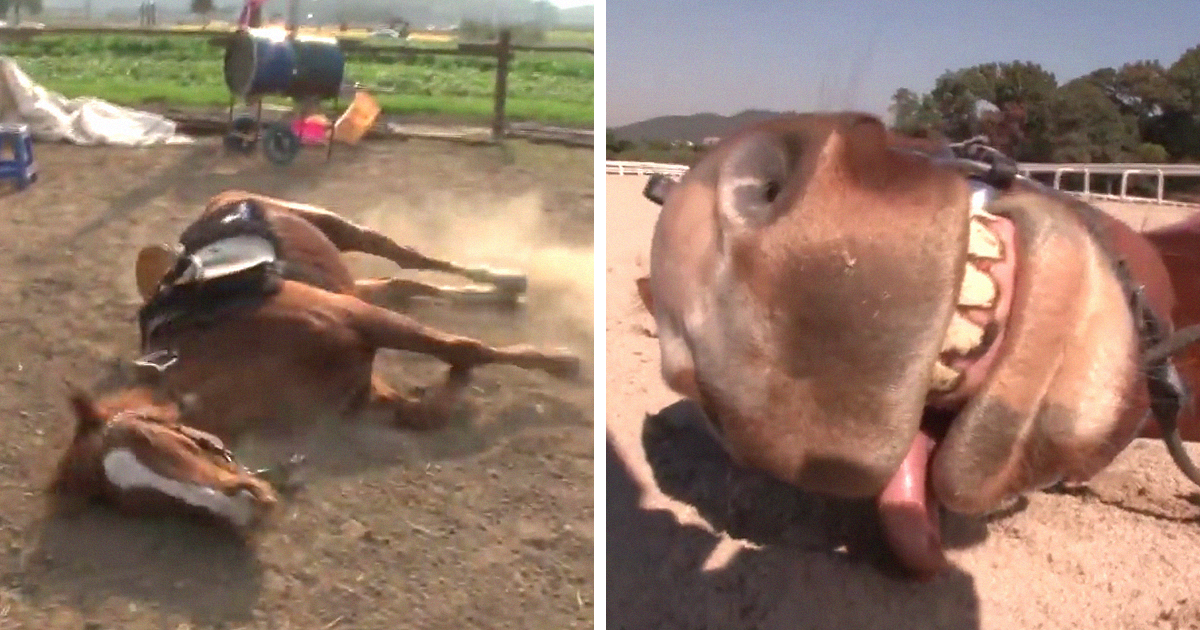 Dramatic Horse Plays ‘Dead’ Each Time Someone Tries To Ride Him

A horse dubbed ‘Silly’ is currently very busy horsing around and probably must have forgotten to attend its Philosophy 101 classes.

Jingang, a dramatic horse apparently has greater ambitions than being just a mere steed. Jingang doesn’t appreciate being ridden on by others as expected of every horse. Instead, it goes out of its way to avoid doing its primary work.

Interestingly, Jingang plays dead every time someone tries to ride on it. It’s hilarious right? We can’t, however, blame this horse, as some animals would prefer lazing around than earn for themselves some carrots.

Not Every Horse On Planet Earth Enjoy Hard Work

Shared on numerous social platforms a massive 630,000 times, users suggest Jingang’s antics are relatable to, most especially on Mondays.

Jingang The Horse Pretends Dead In A Hilarious Way

He So Much Love Horsing Around!

When next you see a horse smiling, it’s advisable to tell your friends that the animal is actually doing a nose-enhancing method titled ‘Flehmen.’ It helps a horse to understand better if a smell is good or bad.

To determine a male or female steed, closely look at the horse in the mouth. If it has about 40 teeth, it a male, but if it’s 36 teeth, it’s a female. Always arm yourself with these fun facts and shockingly impress your friends.