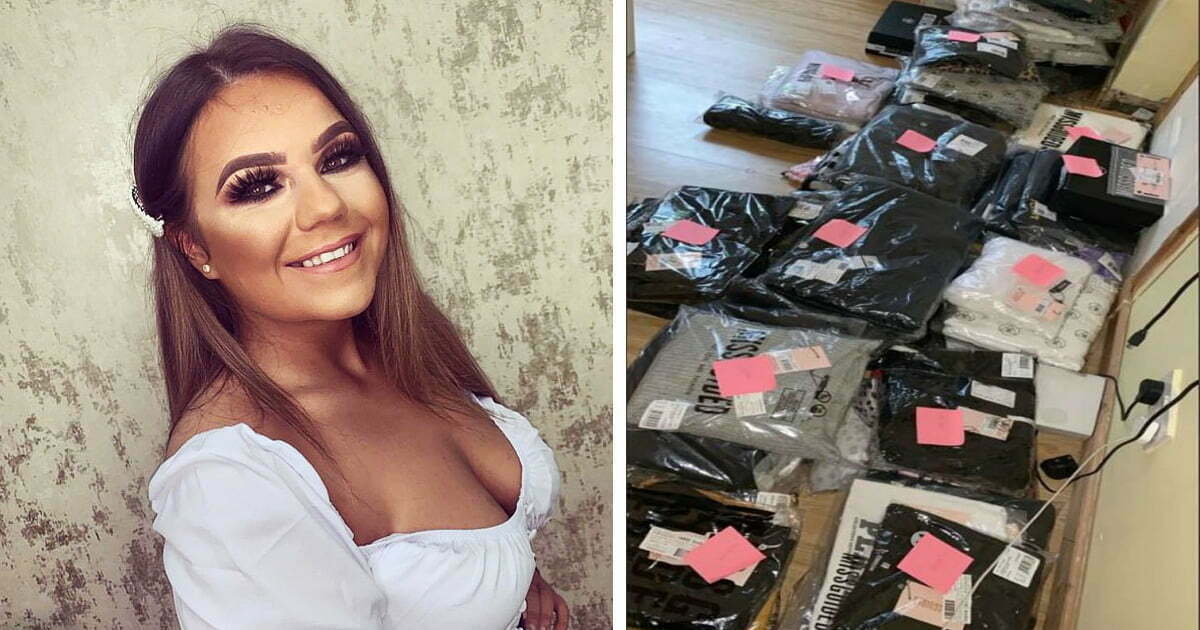 ‘Drain My Credit Card’ Says A Sugar Daddy To A Student, 21 Who Promptly Spends More Than £1,000

21-year-old law student Amy Williams from Glasgow invited her friends on a shopping spree using her sugar daddy’s credit card. After sending a picture of her feet, the foot fetishist told her to drain her credit card, so that’s exactly what she did.

Both had already agreed that Amy gets financial compensation for every feet picture she sends to ‘Richard.’

She promptly spends more than £1,000 with her 15 friends on Missguided. She even had to label the packages to not get mixed up.

This became viral when Sarah Connolly, one of her friends who went on the shopping spree, tweeted pictures on their purchase summary.

A lot of girls wanted in the group chat, tweeting things like “How can I get in on the girls chat?” and “Where did she find the sugar daddy?? Help I need one.” Amy did not forget to remind that she ‘gave him the £176 student discount.”

Amy spoke to MailOnline, “There was so much stuff, I had to label it all up in my room with everyone’s name on it so I didn’t get confused!

“I’ve had the arrangement since May. I tweeted saying I was skint and needed a sugar daddy and he direct messaged me straight away offering money in return for feet pictures,” she added on how their first exchange begins.

“I thought he was talking rubbish, as there are loads of fake people like that on Twitter, so I said “money first”, and he sent me one of his credit cards and told me to buy myself something so I did and it worked.”

It has sparked a competition on the Twitter of Missguided.

She continues, “As time went on, he started sending me money literally just for pictures of my feet, which I’m sure anyone would do.

“Then just recently he’s sent me credit cards with big amounts on them like £2500 and told me to ‘drain’ the lot of them and treat me and my friends.

“He also sends me money for the feet pics quite regularly which is just really strange but definitely not complaining, it’s only feet.”

Seems like Amy has her wardrobe wishes temporarily came true thanks to her sugar daddy!