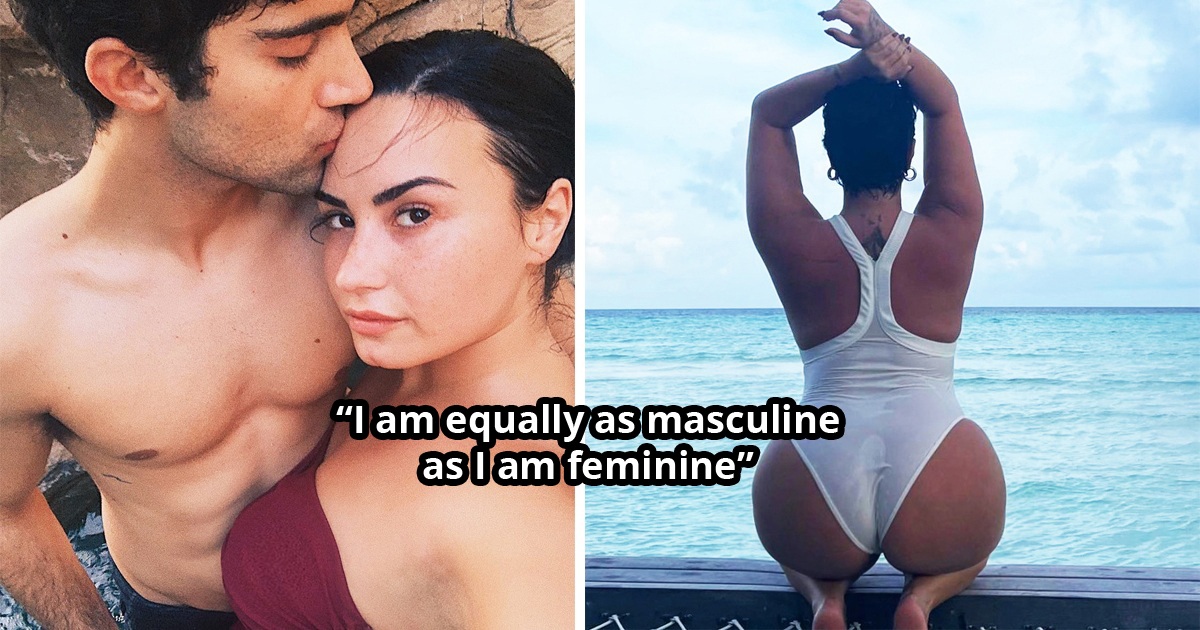 Demi Lovato Says ‘They’ Get Confused About Being Non-Binary

29-Year-Old Lovato has opened up about life after changing their pronouns to them/they while joking that they one day hope to become an aunkle. Appearing on the Today Show, the Sorry Not Sorry singer declared they’re equally as masculine as they’re feminine.

Demi Lovato admitted that even they get confused by their pronouns in an interview with Today.

The pop-star, rumored net worth of $40million, admitted how they now understand that everyday people might not always get their pronouns correct, and to that, they said: “I do have a lot of grace.” Lovato also claimed that even they get confused by their own chosen pronouns.

“The way that I explain being nonbinary to people or gender non-conforming is for me personally. I can’t speak to everyone in their experience when I realized that I am equally as masculine as I am feminine.”  Lovato explained.

“I may be wearing a dress and heels, but I don’t identify as just a woman or just a man, and I identify as both”

They added: “My masculine and feminine energy are equal, so much so that I may be wearing a dress and heels right now, but I don’t identify as just a woman, or just a man, and I identify as both.” The entertainer then joked about being an aunt one day and gave it the term aunkle.

With a worth of around $40 million, Lovato also spoke about their encounter with aliens in Joshua Tree.

And was even seen in one of their racy pop promos that were featured on the TODAY segment.

Lovato further talked about what it means for them to identify as pansexual, saying: “I’m attracted to human beings, and it doesn’t matter what you identify as. I don’t hold myself back from sharing my love with anybody.” In May 2021, Lovato had shared the news via a video posted to Twitter claiming they would be changing pronouns to they/them.

However, before coming out, the ‘Stone Cold’ singer had been engaged to Max Ehrich before breaking up.

At the moment, Lovato is rumored to be dating Noah Cyrus after being spotted hanging out.

Lovato, who also identified as Pansexual, said they don’t want to be seen as an expert or spokesperson and even urged their fans to keep living in their truths. They sent much love to those who are still struggling to come to terms with their identity and added that “every day we wake up, we are given another opportunity & chance to be who we want and wish to be.”