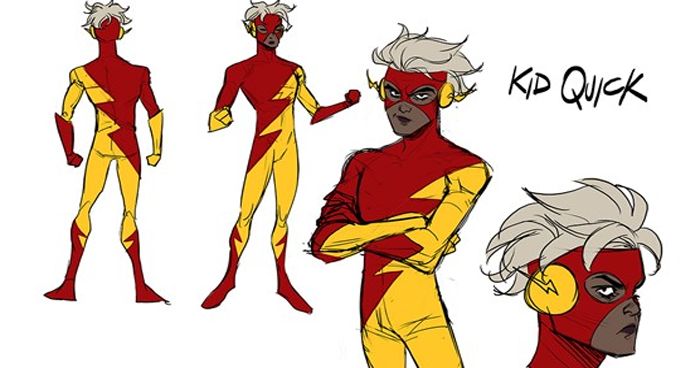 It is a new trend in the entertainment industry to be ‘inclusive.’ DC Comics recently released that they are introducing Jess Chambers, a new non-binary character whose pronoun is they/them.

Writer Ivan Cohen shares his thoughts, “There are so many Flash characters in the DC Multiverse, and we knew anyone we added to that category had to be really different from the rest. We’ve got this super-fast character, Kid Quick, and I thought Kid could really be any gender.”

The new Flash is going to be this character.

Jess Chambers will be debuting the Flash next month as DC Comics’ next non-binary character after The Aerie in ‘Suicide Squad.’ He will be Flash in ‘Merry Multiverse,’ one of DC’s alternate universe. It is going to a comic book anthology and together with Kid Quick.

The Flash is a superhero character that has existed since 1939, a normal university student drenched in chemicals imbued by lightning that allowed to move at super-speed.

The public has been very well-accepting with Jess, so we need to wait for their debut next month! You can get your hand on a copy on 8 December 2020. Jess will appear together with Batman, President Superman, Harley Quinn, and Lobo to save Christmas.