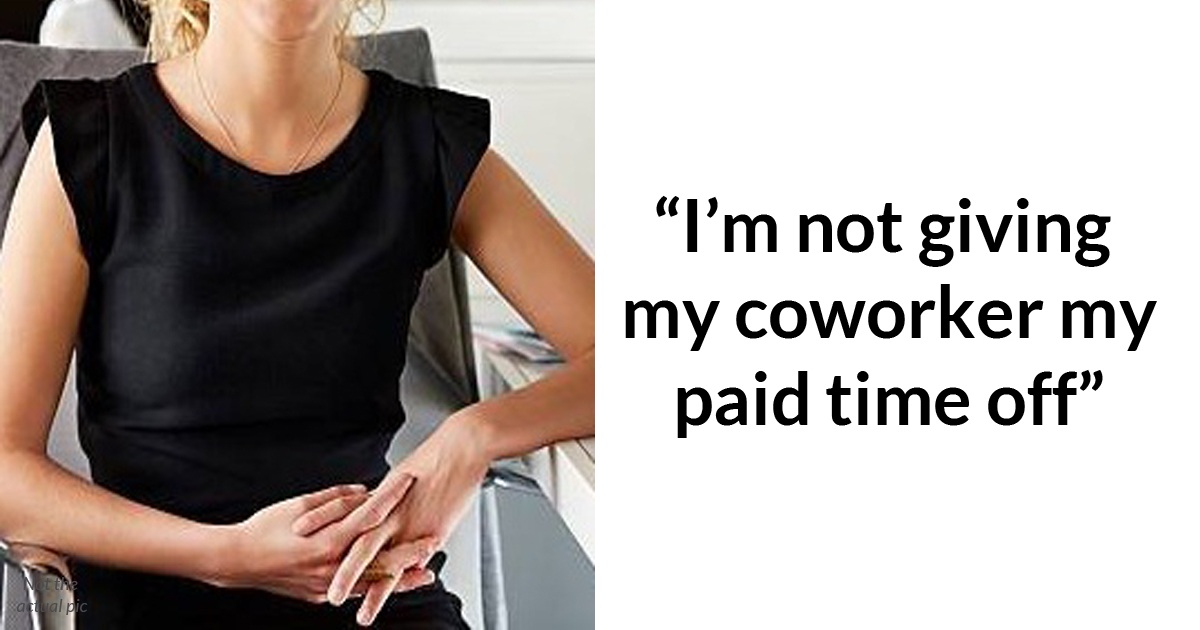 Childless Woman Refuses To Give Her Paid Vacation Days To A Coworker With Three Kids, Sparks Office Drama

Being childfree is a totally acceptable choice in today’s time. In fact, many people see the perks of not having the responsibility of raising a child and choose to live their life that way. Yet, it appears that society can have quite an unbalanced view, thinking that they are ‘privileged’ people who owe it to other parents.

Sounds ridiculous? But that was exactly what transpired at the workplace of a Reddit user that got her called an AH. A childfree woman wondered if she should’ve given up almost a week of her paid time off to a coworker who’s also a parent and took the issue to the internet.

“AITA for not giving my coworker my paid time off?”

We’ve lived long enough to learn that parenting isn’t the only path people can choose to prove their worth and place in society. And some can vouch from their own upbringing and it is in by no means make a person more mature. No, it should be a decision taken only after the couple believes they’re mature and prepared enough to raise a child well.

The woman, who has no child at the age of 27 and has been accumulating her time off, got asked by a coworker to give her six days off. While the 41-year-old mother-of-three wasn’t at fault for having to take a lot of time offs earlier that year for family issues, it didn’t mean anyone owed her their time offs.

She updated that eventually, the woman got the time offs she wanted. She and her coworkers decided to each give a day off so she could get two full weeks with her kids.

But people still think it was none of her responsibility to fulfill her vacay needs.

“She should take her time off unpaid. Your not having kids is irrelevant,” wrote another.

A mother commented, “Huh? So kids were her choice. Same as mine are my choice. I’ve had to use my leave to look after my kids. I don’t have a lot left. But that’s not the responsibility of any of my colleagues.”

A user joked, “This is why I always advise people to make up a fake kid. Name your dog a human name and just run with it.”