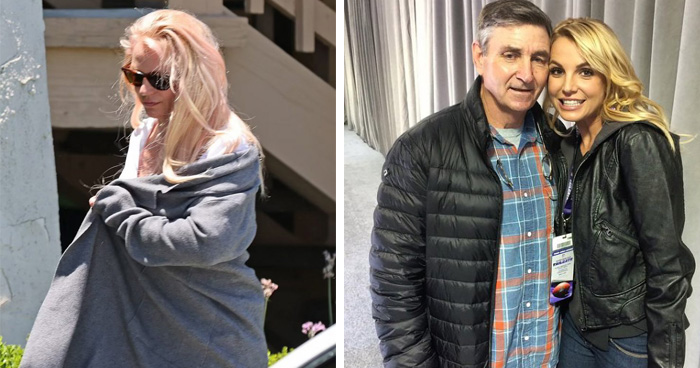 ‘Baby One More Time’ Britney Spears has sought a Los Angeles judge’s help to let her be freed from her father’s conservatorship that was ordered by the court about 13 years ago. Jamie Spears held right over $60 million fortune of hers and an IUD (intrauterine device) that was put inside her to prevent her from having a child.

Britney was seen driving out of the court hearing with her boyfriend, Sam Asghari, on the passenger seat and her bodyguard in the back.

“I want to be able to get married to my boyfriend and have a baby but the conservatorship told me I can’t do that. I have an IUD (intrauterine device) inside me to prevent me from having a baby.”

“I want to go to a doctor and take it out so I can have a baby but they (the conservatorship) told me no.”

“I feel ganged up on and bullied and alone.”

Britney has been estranged from her father since he was given the conservatorship rights in 2008. The presiding judge announced that she’ll set a hearing soot to allow Britney to submit the petition.

A sketch of the court where Brenda Penny presides as she listened to Britney’s 25-minute appeal.

Britney referred to the last direct court attendance she had in 2019 and admitted that she didn’t feel like she was “heard on any level” back then. She emotionally poured out her plans and passion to focus on music and tours, refusing to continue to be “enslaved” after 13 years of it.

Her fans outside were chanting support for the singer with ‘Free Britney’ message.

She shared and claimed how her dad had been blatantly enjoying every minute she was locked up and drugged with lithium that made her feel “drunk.” When she was sent to a facility that cost $60,000 every month against her will and cried on the phone for an hour begging to be released, Britney said, “He loved every minute of it.”

“In California, the only similar thing to this is called sex trafficking,” she stated.

To the father she hasn’t talked to since the court in 2008, Britney said, “My dad and everyone else who has played a key role in my conservatorship should be in jail. They have way too much control. I don’t drink alcohol but I should, considering what they put my heart through.”

“He made me feel like death, with the depth of what he did to me.”

Britney repeatedly emphasizes that she wants it to end now and doesn’t want “to be evaluated” and that it’s “embarrassing and humiliating” for her.

Her boyfriend has also been outspoken about going against her dad and used the ‘d’ word to define him.

Britney also opened up that she lied when she said she was happy at the facility, “When I went there, they took everything away from me. They watched me change, naked every single day. I sat in a chair for 10 hours a day, seven days a week.”