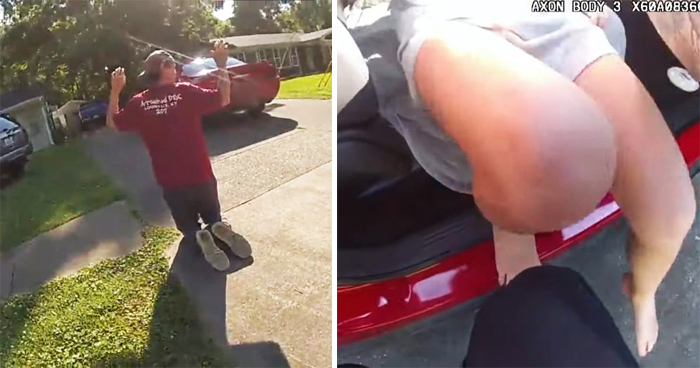 People are always warning children about Stranger Danger. But sometimes, kids don’t even have time to react or understand what’s going with aggressive predators. In Valley Station, Kentucky, a six-year-old girl had to go through the scary experience of being kidnapped, albeit not for too long.

Prentiss Weatherford spoke to Wave3, “It happened quick. He came around the corner, parked his car, (, and) got out within 15 seconds.”

Prentiss and his dad were two witnesses out of many to the incident on the eve of Independence Day. Several others also saw Robby Wildt speeding away on 4700 Haney Way in Valley Station at around 5:40 p.m.

Prentiss and his father managed to chase after the car to note the plate number. He said, “One of our cars actually got broken into, so that led up to us being outside, trying to figure out where to place cameras on our house. I was looking down the road, (and) a car came around the corner from the stop sign, parked in the middle of the street.”

“He got out… (There was) a little girl in front of her car on her bicycle. He just grabbed her by the collar, threw her bike, threw her in the passenger’s seat, made his way on down the road.”

They noted down the last 3 digits of his license plate, then went back to inform the officer that got to the scene minutes later. They found Wildt not far from the scene.

The 40-year-old kidnapper claimed that “he felt bad for doing what he had done.”According to his statement to the police,

Wildt was “afraid he may hurt her” and tried to bring her back after she started crying.