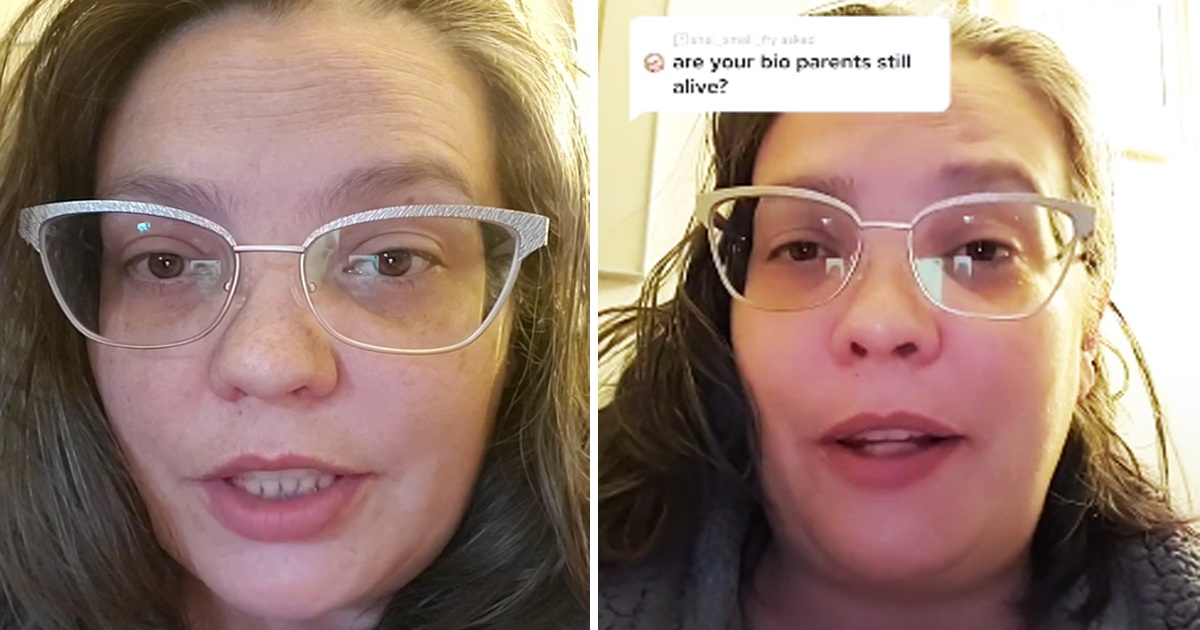 Before her special day (wedding) in 2005, an American mom nicknamed @thebeardedmom on TikTok decided to track down her biological mother. Eventually, she uncovered a dark secret that had been withheld for a long time. The 42-Year-Old discovered she had been kidnapped, even though she knew her parents weren’t biological relations.

TikToker @thebeardedmom discovered she was technically a missing person since 1980.

A big thanks to her birth certificate, who had her birth mother’s name, the search turned fruitful. Taking to TikTok to share the discovery, the mom-of-two, via a series of clips, explained how the police informed her that she was technically a missing person.

The revelation emerged after she decided to track down her biological mother by seeking out a criminal record.

“I was 26-years-old and in a healthy place in my life for the first time, and I was preparing to get married, and I had two young children. I assumed that the fastest way to track my biological mother down would be to seek out a criminal record of her. I don’t know what compelled me to call the sheriff’s department in the city that I was born. It just seemed to make sense at the time.” The TikToker said in the first clip.

Thanks to her birth certificate, who had her birth mother’s name, the search turned fruitful.

Handing over her personal information, @thebeardedmom claimed a sheriff became highly interested in the case. Unfortunately, the sheriff couldn’t find any information about her mother but revealed she was missing since 1980. She added: “There was a police investigation that I couldn’t not access as the records had been archived, but he said that I had been kidnapped.”

Her grandma reported her being kidnapped, and her mom had participated in the search despite knowing where she was the whole time.

In a second clip, @thebeardedmom revealed that her grandma had reported her being kidnapped, and her mom had participated in searching even though she knew where she was the whole time. “My mother’s family, they all believe I was kidnapped. The family that kidnapped me, their extended family all believe I was saved from a crazy lady.” She added.

Are @thebeardedmom’s biological parents still alive? Yes, her mom is, but she hasn’t ever met with her father.

@thebeardedmom tracked down her birth mom, having hired a private investigator, and thankfully, she reunited with her in 2006. So far, the clips have garnered hundreds of thousands of views since shared earlier this month. People were particularly shocked and hoped she got more answers and emotional support to work through the revelation.