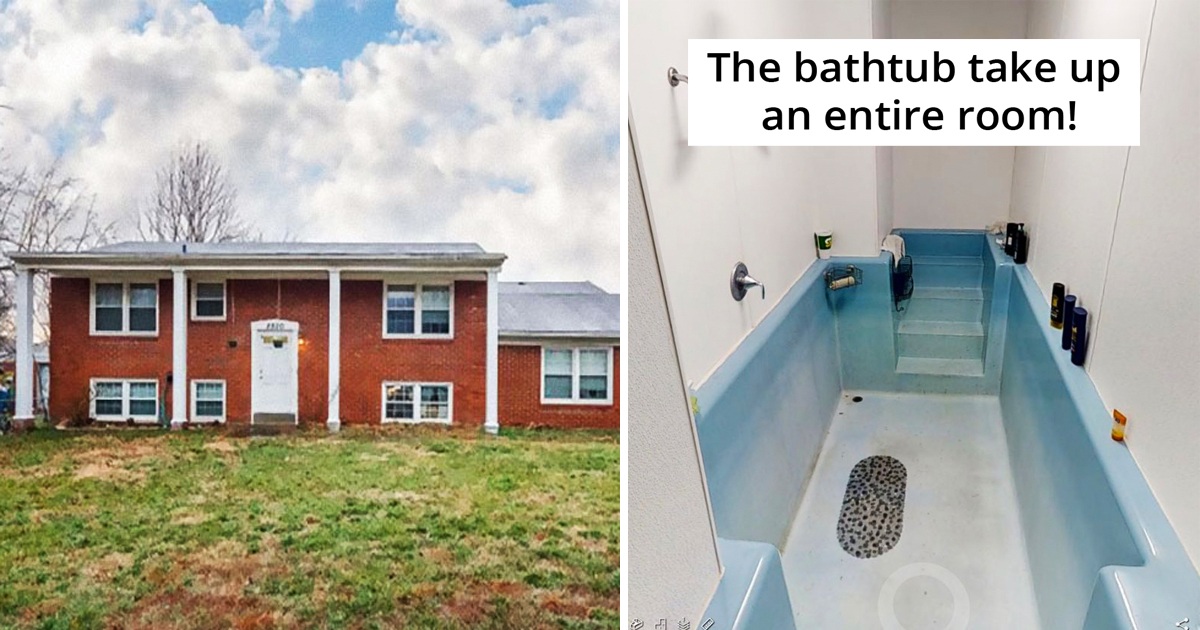 Bizarre House For Sale Goes Viral, Confusing People The Deeper They Get Inside

When it comes to touring houses, people don’t expect much aside from the furniture and infrastructure. But some listings really deserve more attention than others. Not because of the impeccable interior design or luxurious looks – but because of how weird it is. Just like how this normal-looking house quickly escalated as you look inside.

Jenny Jaffe decided to share this house listing on her Twitter after seeing it in her Facebook group. For some interesting reasons, they added that viewers should give themselves a try to find the bathtub in this house. We know things are about to go if finding the bathtub becomes a mission.

Here is some basic information about the house: two kitchens, three bedrooms, and four bathrooms. The lot located in Kentucky is about 3,161-square-foot, pretty wide, and huge.

If there’s a way to describe what hopping on a 3D tour for this house is like, this is it.

Starting from the laundry room, it looks like some kind of murder happened in there.

Then we moved to another, which surprisingly looked like a casino that doubles as the kitchen. There has got to be reasons that you’re showing a deck of cards in here, right?

We think the owners don’t really like people invading their privacy. They prefer dark curtains; people can have preferences.

By the way, did you keep track of how many TVs are in this house? Some people really can’t miss the ball game as they move around the house.

Why, why the boxes? What’s with all these boxes they are keeping in their home? This isn’t just a home, but also a warehouse?

Eventually, someone found the bathtub. It’s a little bit concerning.

This ‘bathtub’ takes the whole room, and what’s even weirder was that it was next to a room full of R18+ content. Obviously, it’s making people questioning things, like what was the previous owner’s hobbies. This was apparently part of a church’s baptism area that was converted into this house’s bathroom.

Some people went ahead and drew the floor plan.

Oh, this is the perfect house for newlyweds. Can’t get too far away from your significant other, right?

This woman understands (how crazy this sounds).

Those of you who’ve been keeping count with the TVs, here are more. Honestly, the pandemic makes this look less crazy.

Just when you think you’ve seen everything there is to see in here:

Others begin to nitpick at the small things that they can relate to. Like these boxes of monster drinks because they probably sleep for 3 days straight without them.

Some people recognizes some of the appliances and pointed out the weird.

Could this be the family picture?

They look like they’ll never run out of food.

It is also meme-worthy.

In all seriousness, people can’t be serious about spending over $300k on a warehouse.

Been looking for him.

Finally, we have answers. Someone shared a news that covered a raided home.

Yep, it was this same home. According to WLKY News, this home was raided in 2014 and was investigated for more than 4 years. The owner, Troy Curtis, and his son Trevor Curtis did not admit to their crime. They were persecuted for being part of a crime syndicate that receives stolen items and then selling them back.

It turns out the business was pretty well for the criminals. We don’t actually know if the lanyards and DVD cleaners were part of the stolen items. Chances are pretty high because police officers said that there were enough to fill several trucks.

That was a very weird tour we won’t forget for a while.