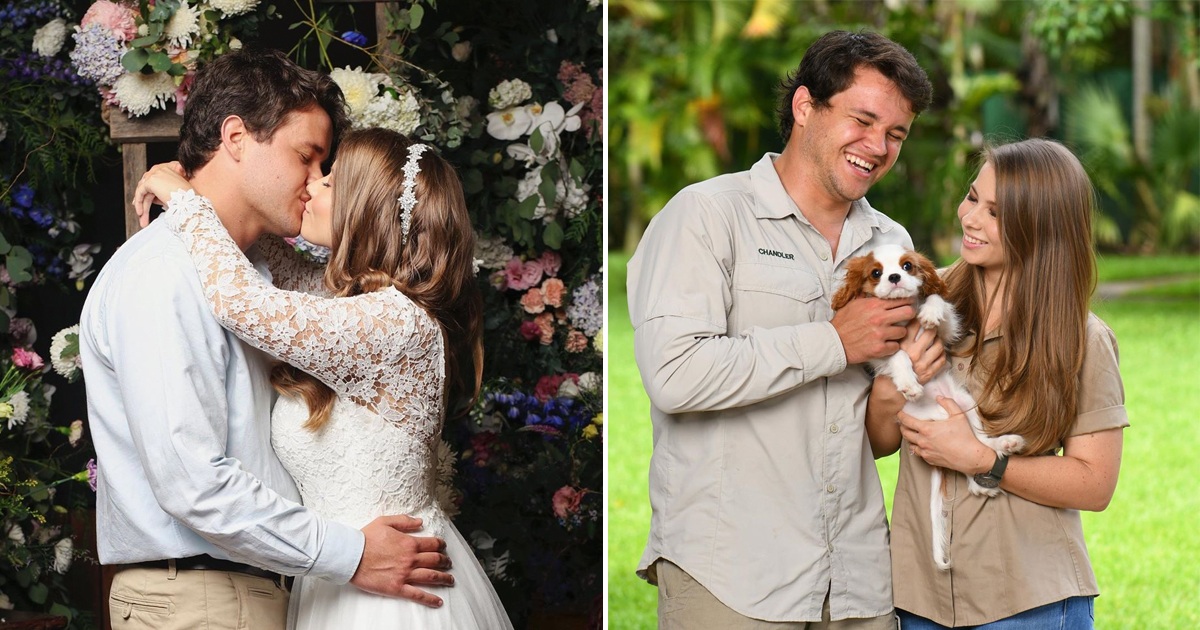 Unkind trolls have condemned Bindi Irwin and Chandler Powell for getting married amid the COVID-19 pandemic.

On Wednesday, just hours after Prime Minister Scott Morrison imposed wedding limits to not more than five people, the pair walked down the aisle.

Bindi, 21, who’s late Steve Irwin’s daughter, and her 23-year-old wakeboarder boyfriend, sensibly opted not to have any guests present-but got criticized on Twitter for going forward with the ceremony.

Apparently, the majority of trolls missed the point by accusing Bindi and Chandler of trying to ‘beat the ban’ by holding a big wedding-although they did not.

One troll took aim at the pair after aerial footage appeared of a group of people huddling beneath umbrellas before the ceremony at Australia Zoo.

‘How’s that social distancing going for you? Nice cluster umbrella.’ The troll wrote.

Nevertheless, Bindi and Chandler’s decision to fast-track their wedding was defended by many people.

‘You all came for Bindi Irwin, who no guest presents at her wedding and got married on-site in the zoo where she lives (You are so mean).’ A defender wrote.

Another added: ‘ If any of you talk ill of Bindi Irwin for getting her wedding amid the pandemic, it’s ON SITE. They chose not to have guests and it was the zoo where they basically reside.

Bindi’s wedding party consisted of her 55-year-old mother Terri and 16-year-old brother Robert who escorted her down the aisle.  The ceremony is thought to have been officiated by Terri’s confidant, U.S. based author Steve Maraboli.

On the other hand,  Bindi had announced that she and Chandler had chosen not to have any guests to ‘ keep everyone safe ‘ amid the COVID-19 pandemic.