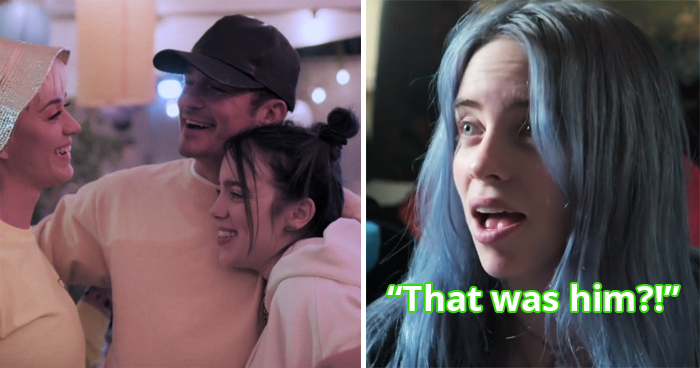 Billie Eilish Had No Idea Who Orlando Bloom Was When They Meet, Her Reaction Was Hilarious

Billie Eilish, a world star. A 20-year-old with amazing achievements since a young age, a composer, and a singer. Her ‘Bad Guy’ hit track is so iconic it easily becomes a symbol of Gen Zs.

A five-Grammy holder and the youngest to sing a track for a James Bond movie, Billie reveals she doesn’t always recognize fellow stars.

A documentary on her which includes rare insight into her personal life, reveals a small trivia: Billie Eilish couldn’t recognize Orlando Bloom in person when she first met him.

The documentary talks about how her music career begin from her brother’s bedroom as well as other aspects in her life.

She even revealed that she was dating rapper ‘Q’ from 7:AMP and explained why they broke up in 2019. She keeps many things under wrap despite her incredibly booming fame.

There was one part that shows Billie Eilish at the Coachella in 2019 interacting with Katy Perry and her fiance, Orlando Bloom.

Katy Perry and her fiance looked stoked meeting her before she performed, and she promptly reveals that Bloom likes to loop her song in the car! Billie looked happy and hugged them, but seeing her lack of reaction after seeing Orlando Bloom probably made you think that she’s not a fan of him.

Well it turns out… Billie doesn’t actually recognize the man who was wearing a cap with Katy there!

Billie went back to her trailer and talked about meeting the two of them with her brother Finneas… only to realize she had just met Will Turner from the ‘Pirates of the Caribbean’ saga.

Confused, Billie quickly scrolled through her Instagram to find Orlando Bloom’s account. She did not notice him because he looks different from his slightly ragged sailor look in the movies!

Katy did say that was her fiance, but Billie had no clue who that was.

She managed to meet him again and could show how big of a fan she was of Orland Bloom’s role!

They are fans of each other and gave amazing universe hugs after that!