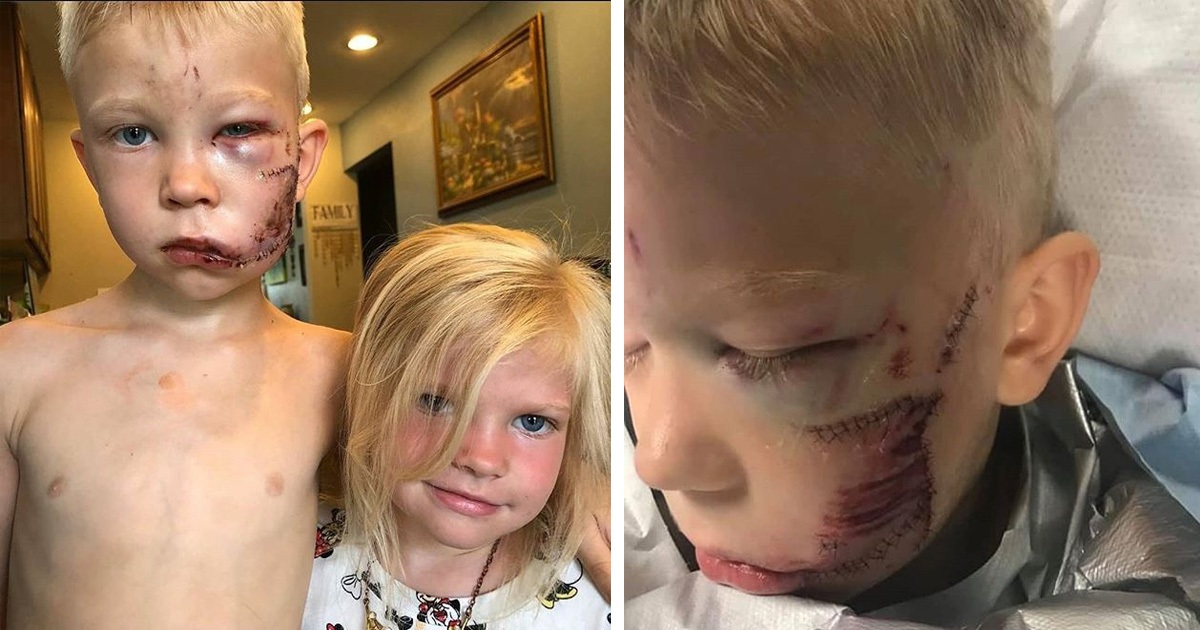 Big Brother, 6, Saves Sister’s Life By Diving Between Her And Vicious Dog

A boy from Wyoming, Bridger Walker, has received 90 stitches, give or take, after receiving horrible injuries from being mauled by a dog on July 9th. The dog was charging towards his little sister and he bravely step to the side to block the dog. After that, he still had the power to grab her hand and ran for safety.

His aunt, Nicole Walker, shared his story on Instagram, hoping Bridger will get “words of encouragement from his favorite heroes”.

She wrote, “I’m not an Avenger, but I know a superhero when I see one. I can only hope I’m half as brave in my life as you are in yours, Bridger. Wishing you an easeful recovery, and many cool looking rocks.”

Bridger, a big fan or collecting rocks, has received as well a praising video from Chris Evans. He even said that he’s sending over an official Captain America shield to the boy!

Mark Ruffalo then head to Nicole’s original post and shared such encouraging reply to Bridger. He wrote, “Dear Bridger, I just read about what happened to you and I wanted to reach out to say this… People who put the well beings of others in front of themselves are the most heroic and thoughtful people I know.

“I truly respect and admire your courage and your heart. Real courage isn’t dominating people or fighting against people or walking around like a tough guy. Real courage is knowing what is right to do and doing it even when it might end up hurting you somehow. You are more of a man than many, many I have seen or known.”

Chris Hemsworth has also uploaded a series of Instagram stories for a shoutout for Bridger.

This is one very rare story because it ended up with not a single contempt towards anyone. The person who reported the incident was the dog owner, who explained the dog was a vaccinated, one-year-old rescue, a German Shepherd mix. After the incident, the owner decided to put her to sleep.

Nicole has also specifically included in subsequent posts that tell the story in detail per Bridger’s parents request to not condemn the dog owner. “We also humbly request that you keep the dog’s owners in your prayers and forego any superficial judgments – because we love them,” she wrote.