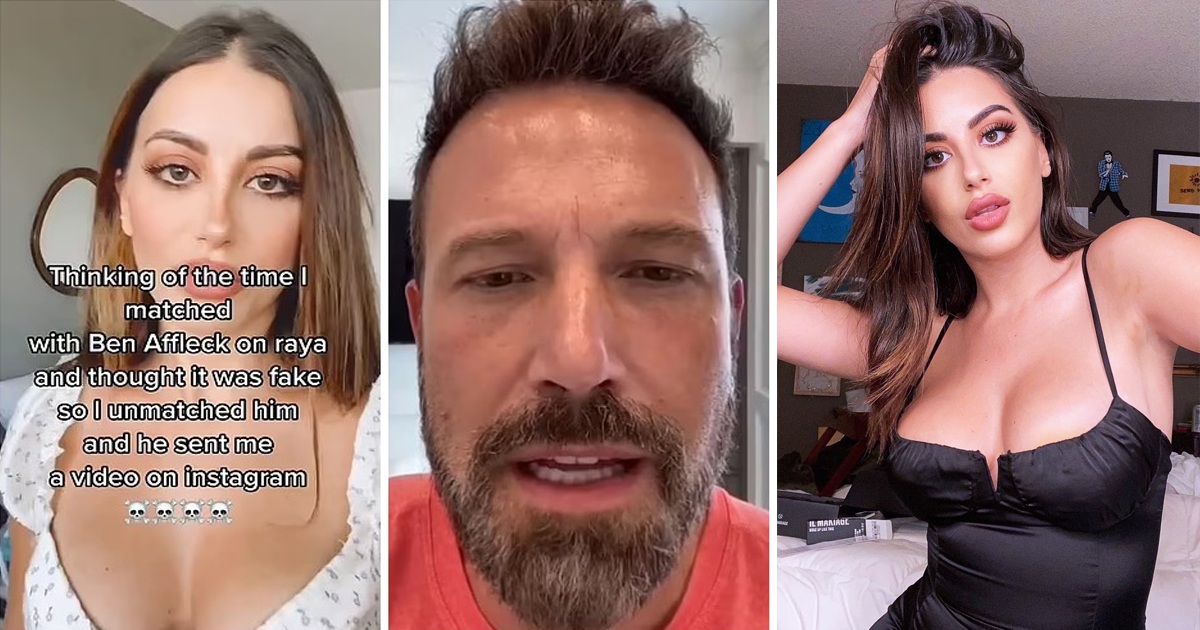 Actor Ben Affleck recently sent a TikTok user a personal message after she turned him down on a dating app, thinking his profile was fake. The user is identified as Nivine Jay, and her shared clip as proof has since exploded on Twitter, prompting reactions on the internet.

Actor Ben Affleck sent TikToker Nivine Jay a personal message after turning him down on a dating app, Raya.

“Thinking of the time I matched with Ben Affleck on Raya and thought and thought it was fake, so I unmatched him, and he sent me a video on Instagram.” Nivine’s overlaid text reads. In the Instagram clip, the Batman actor is seen speaking directly to the camera, attempting to confirm his identity as she questioned: “Nivine, why did you unmatch me? It’s me.”

Nivine unmatched Ben, but he sent her a video on Instagram to prove that his profile isn’t fake.

The clip showed Nivine striking a series of poses with a caption that reads: “Sorry Ben.”

The clip equally showed Nivine striking a series of poses with a caption that reads: “Sorry Ben” alongside hashtags including the actor’s name and the app Raya. Before this incident, it has been rumored that Ben joined the dating app after his split from British Singer Jessie J, although it was unclear up until now if it had been a fake profile.

“Nivine, why did you unmatch me? It’s me.” Ben confirmed his identity.

In 2018, the actor officially divorced his ex-wife Jennifer Garner and enjoyed a few romances since then with actress Ana de Armas and SNL producer Lindsay Shookus. Over the weekend, Ben was pictured with his ex-flame Jennifer Lopez, and expectedly it has instigated rumors about his romantic life.

Are Ben and JLo coming back, having broken up in 2004? We can’t tell, but so far, Ben shares three children with ex-Garner: Samuel, 9, Seraphina, 12, and Violet, 15. However, Raya is often described as the celebrity version of Tinder. It was launched in 2015, and it regards itself as “being an exclusive dating and networking platform for people in creative industries.”

Nivine’s clip has since exploded on Twitter, prompting reactions on the internet.