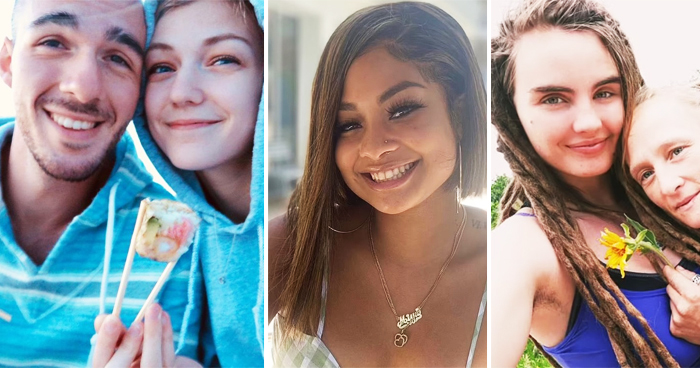 Gabby Petito’s disappearance and later death have prompted a mass search for the 22-year-old woman who went on a road trip with her fiance, Brian Laundrie. Her remains were found in Wyoming National Park when the police launched a search on the missing fiance.

The search area stretched from Florida, the home of the engaged couple, to the Appalachian Trail and the West Coast. While Petito’s case was tragic, the silver lining was the police had found even more remains, uncovering more and more similar cases to Gabby’s around the searched area.

Miya Marcano was 19 when her dead body was found on October 2. Her family has openly expressed their disappointment in how Miya’s case did not receive as much attention as Petito’s.

Miya was last seen signing out from her work and also home at Arden Villas apartment complex. She missed her flight back home to South Florida and was reported missing soon on September 24.

She was presumed to be murdered by Armando Caballero, a maintenance worker who broke into her apartment by using a maintenance master key.

He hung himself three days later on September 27. Five days later, Miya’s body was found in the woods near the apartment complex. The cause of death is still unknown.

Newlywed couple Kylen Schulte and Crystal Turner, 24 and 38, were shot dead near a campsite in Moab, Utah. Police initially reinvestigated their case in relation to Gabby’s disappearance.

The married couple had turned a van into their living space and renovated it before driving up to Vermont to celebrate their first anniversary.

Joseph initially lied and told the family that he hadn’t seen his wife when he met her parents at their home in New Hampshire. A day after the missing report was filed, he admitted to having shot Emily and then dismembering the body.

Police found a bag of her body remains, a handgun, and a handsaw. While Joseph had confessed, he had plead not guilty for the case.

Sara Bayard, 55. She was found the same day as Lauren Cho off the highway in El Paso County, Colorado.

Her remains were found near the spots where Gabby Petito and her fiance took pictures when they passed there. She was last seen on June 28 in Douglas County, and coroners are having difficulty identifying whatever’s left of her because her body had decomposed to leaving almost only bones.

Josue Calderon is the body of 33-year-old man police initially presumed to be Brian’s. Found in New Carolina, the man was stabbed to death on the Appalachian Trail at Blue Ridge Parkway.

A body that is presumed to be Lauren Cho’s from New Jersey was found in California’s desert of Yucca Valley.

The 30-year-old had informed her friends that she was moving out with her former boyfriend Chris Orell to start a new, creative life. She had also planned to start her own food truck, but on June 28, she got ‘upset and presumably walked away from the resort, leaving behind her personal belongings’ and was never seen again.

This is Robert Lowery, who ended his own life and was found dead in Grand Tetons National Park.

The 46-year-old was found a week after Gabby’s remains were discovered. A four-hour search following his body’s discovery concluded that the man’s cause of death was suicide.

Gabby’s parents founded a foundation in Gabby Petito’s name that aims to help provide support and aid to organizations that deal with missing people and domestic violence cases.