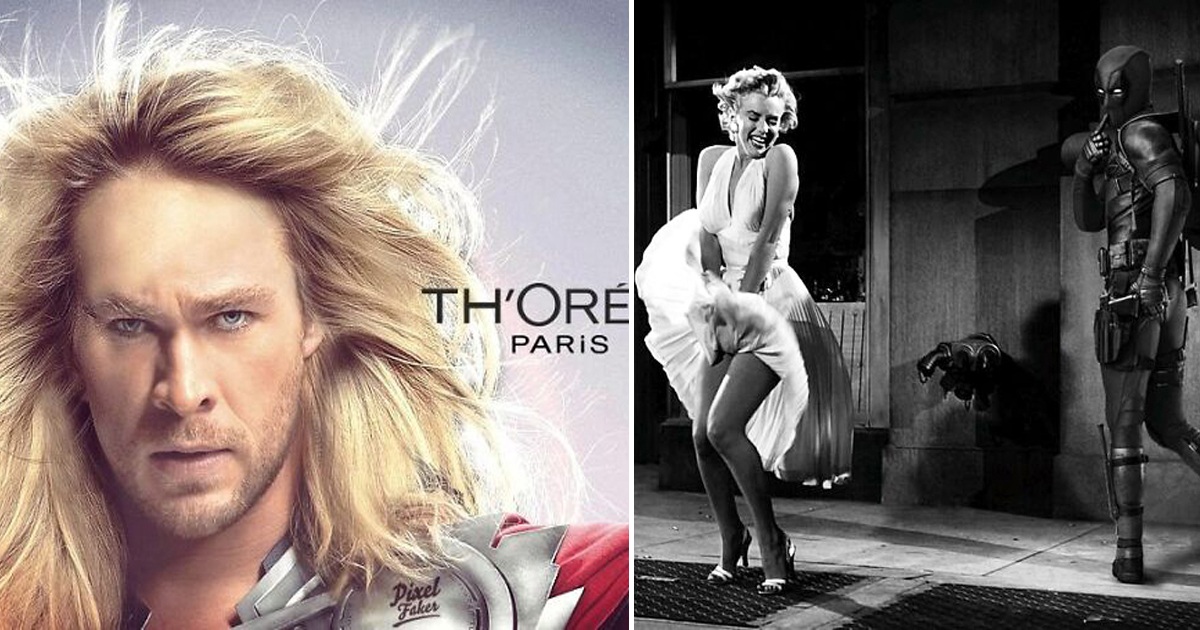 Movies have launched popular characters that have remained in our memories due to their sense of humor. It’s one thing to make someone laugh-out-loud, and it’s truly something else altogether to make someone laugh and then laugh again. Tapping into the world of movie characters, Artist Pixelfaker is bringing more laughs to us through the edit of characters in absurd situations. The Hungarian Artist enjoys mixing up our favorite movie scenes with different personalities. Can you imagine the scene of Beauty and the Beast with the incredible Hulk?

Nearly everyone has weird quirks, but some of these characters’ edits are more socially awkward than others. With over 4K followers on Instagram, the digital artist is best with photo manipulation and media mixed parody. It’s apparent that the artist isn’t stopping anytime soon, and his viewers can’t indeed get enough of Pixelfaker. From Wolverine in Dead pool to John Wick in 101 Dalmatians, here’s a list of hilarious edits of all time. Besides, which of these characters do you find amusing?

Being an Artist has gradually become one great job across the world. If you take the time to notice, numerous artists have extensive platforms to portray their work. Artist Pixelfaker takes on movie characters that we all are familiar with and places them into scenes they don’t belong to. It’s hilariously spot-on, and perhaps you can but imagine what it would be like for the mixed characters.

Awkwardness helps make people quite memorable, and this is the same for characters in movies. Many of us marvel at how good it would be if a character in another film jumped into the scene while watching a film. Pixelfaker implements the concept mentioned above in the form of photos. Which movie characters would you love to mix-up?

For quite some time now, the Hungarian artist has been mixing up the most famous pop culture characters and movies. The edit of Thor in Avengers is worth an award, and there are a lot more of the hilarious modifications on Pixelfaker’s Facebook and Instagram page.

Pixelfaker has a great sense of humor, creating a brilliant historical mix. Are you impressed with these edits? The artist with a following of 26K on Facebook shares his improvements quite often; hence if you would love to see more, become one of his loyal fans via his pages.

Movie scenes are given an entirely new spin, a big thanks to Pixelfaker – the mastermind behind classic characters’ edits. These mashups are creatively useful, and they do deserve a standing ovation. We hope you enjoyed them!