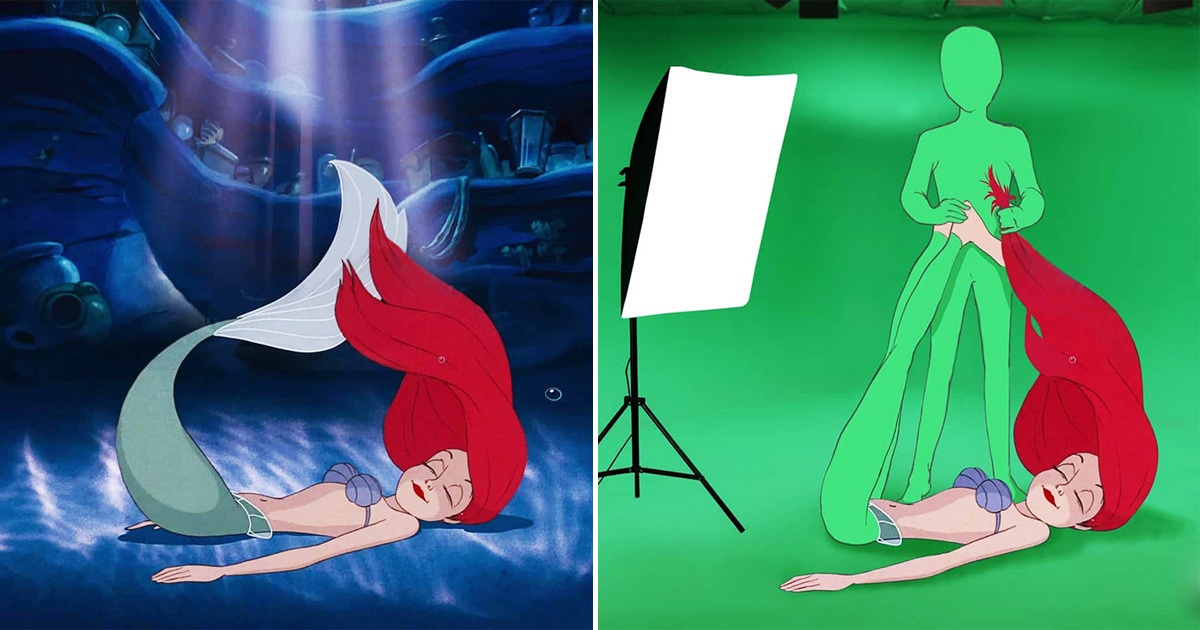 If Disney movies weren’t animations, can you imagine what their behind-the-scene pictures would look like? Andhika Muksin is here to find out and get very creative with what they did to get those shots. Obviously, there were many props, playing with the camera angles and a skillful cameraman on tow.

Check out 10 of his latest creative edits and if you love what you see, definitely check out his Instagram to stay updated!

The Prince Charming never existed? Well, such a perfect individual never really existed in real life. That perfect lighting is really all you need to look good.

Tiana and her loyal support Naveen.

Find a man who’s willing to do everything to help you get that perfect light. Find a man like Prince Naveen, who won’t look at any other girl like he does when lifting that half-broken piece of wood from the roof.

We finally get a picture of the cameraman, Andhika himself. Anyone can see that Andhika doesn’t just like editing Disney pictures. He really loves taking a new, grown-up look into these characters and uses his sense of humor that make them look hilarious.

That phone setup, though.

Each of us must have done this at least once in our whole life. We want to see how scary we actually look with this. Works well on her!

Besides editing Ariel’s legs, Andhika enjoys editing pop culture and images he found on the internet as well. These include movie and show posters and photos of celebrities.

Andhika loves Disney since he was a child, and things blew when he began making Photoshop edits with Disney pictures back in 2017. He also recreated the characters in a realistic style and now has 482k followers on Instagram.

How to make a carpet float: don’t include a carpet.

She saw a whole new world.

Getting pat by Jasmine sounds like a great job for a stand-in, honestly. Not to mention her soothing voice as she sung ‘A Whole New World.’ But where is the carpet guy? I thought they were using a person lying on his back for it?

And he’s wearing crocs. Props on the creativity, but RIP Robin Williams.