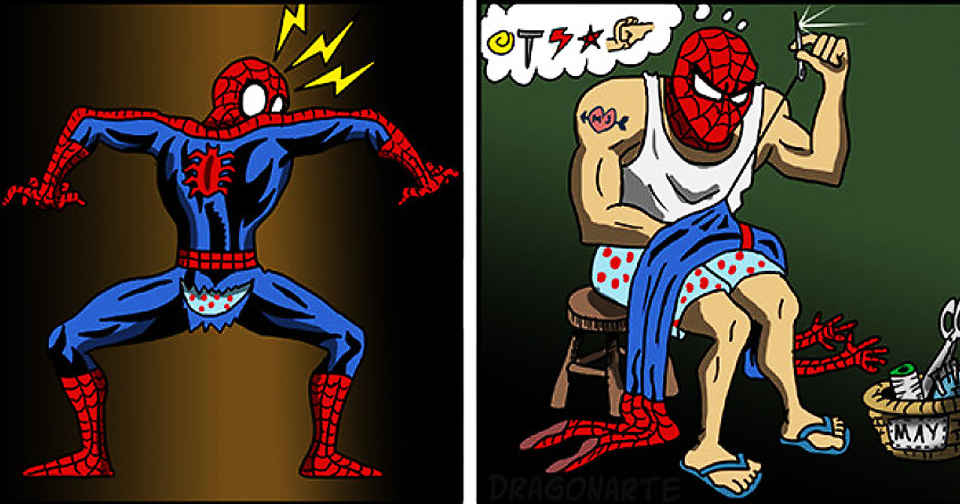 Life as a superhero is not easy and simple. Because they have powers like no others, whether that is being rich or immortal, they do things differently. Brazilian artist Lucas Nascimento or more popularly known as Dragonerte decided to take his shot at drawing comics on what daily lives as superheroes would be like.

Quirky and hilarious, people enjoy his comics thanks to his accurate depiction as well as a funny art style. If you love his works, go check out his Instagram page for future updates!

After Disney bought Marvel over.

Not the kind of image we had and they had us in the first half, not gonna lie.

Everyone has to do the laundry and if you have the easy way out, why not?

Meanwhile, Son Goku and his family.

Thought you’ve got me?

That happy-go-lucky man in the team project.

They have to prepare for one world’s most intense pooping ever.

His aunt knows exactly what to do with his new powers.

How Superman should have saved them during the hearing.

Why he hired Robin.

Can you hear their playlist?

Let me take that selfie!

Although, we doubt he’d eat in a costume.

If Superman was a fanboy.

We have no idea how Mr. Bean got thrown into the equation, but he’s worthy.

How Captain America keeps the shine.

Then, she scratches the very guy that helped her.

Civil War but it’s safe for kids to do at home.

The hammer is worthy of him.

When you’re rich, here is something you can afford even if you’re old.