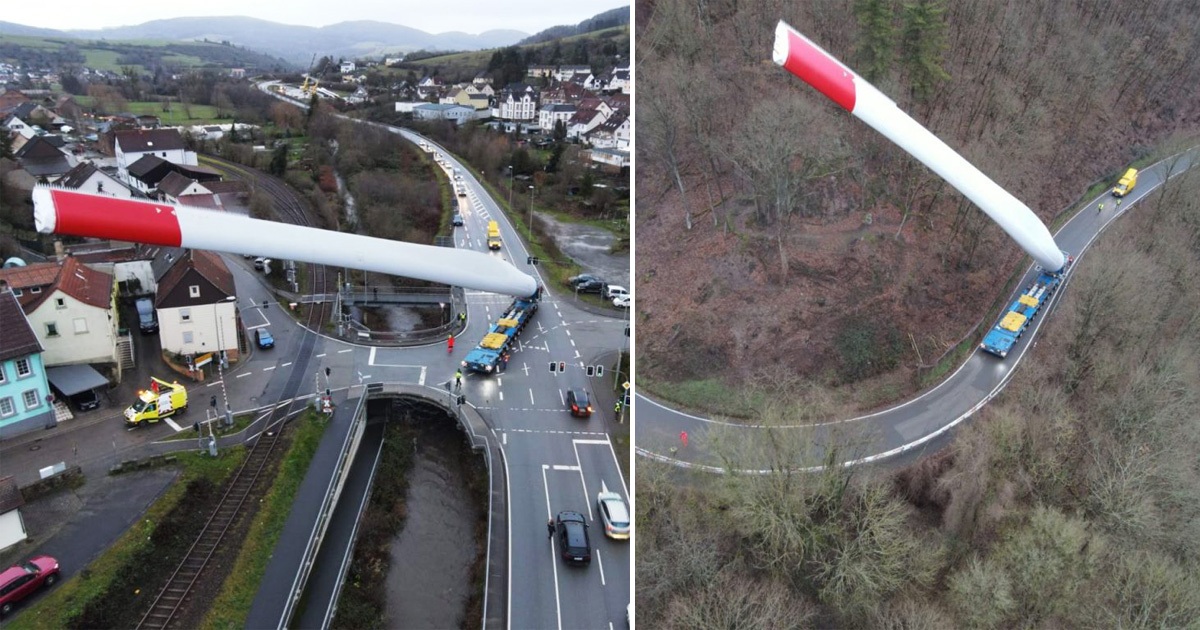 A driver with imagination and impeccable skills to steer a huge truck on a narrow road is hard to find. Most of the time, people want to work within the safest zone to prevent damages because safety is a priority.

This team of hauliers are seen carrying a 220-ft long turbine through the narrow streets of a small town.

It’s easy to mistake wind turbines as smaller than they actually are because of the aerial pictures we often see. But in reality, it is enormous, a size which is related to how much energy they could generate.

This particular 25-ton blade is being transported by Luxembourg-based P. Adams Schwertentransporte to its destination. Because of the size, the company had to ensure that they attempt routes without obstructing cable lines. It may mean driving through the winding streets of villages and small towns, but they did it.

Locals had to spend a bit of time without power while the turbine passes by, but no harm was done.

Turbines are produced in manufacturing plants. But the wind turbines themselves require to be erected in open-areas. This makes it necessary for the turbine blades to be delivered, sometimes at long distances.

The longest blade to have ever been transported was a 290-feet turbine that was driven across Denmark in 2016.

Showing off their achievement, the company shared its accomplishment on LinkedIn with the caption, “Finishing the year with a set of 67m rotor blades on a challenging route.”