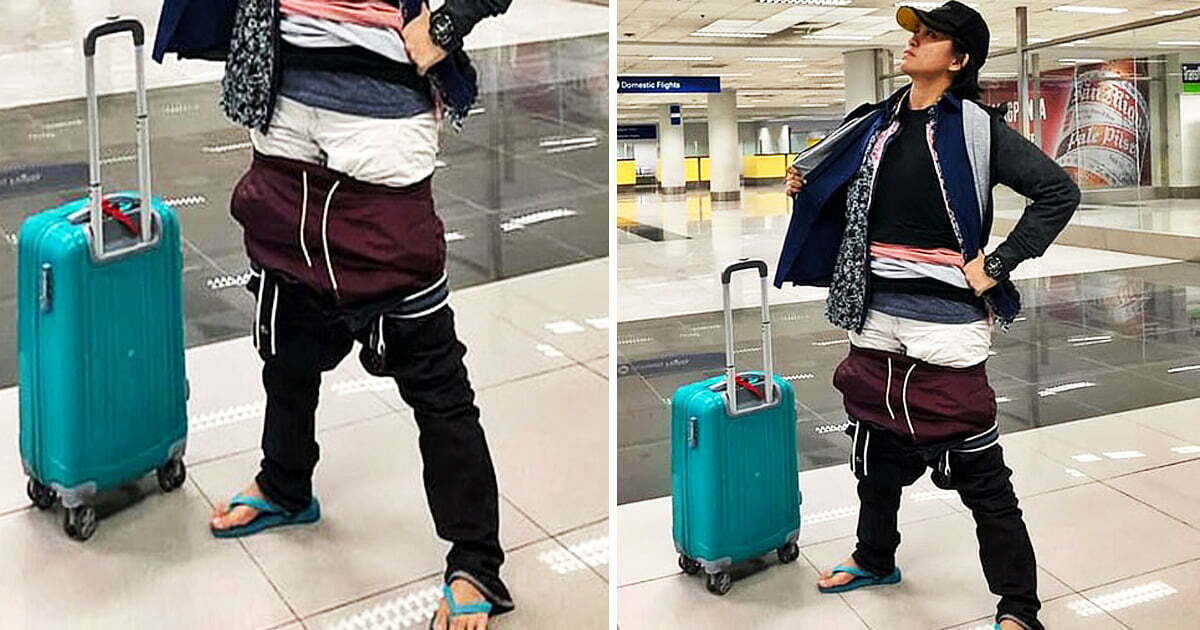 Shopping is something that we don’t always have control on. And of course, we only realize the problem as we prepare ourselves packing for home. How many of us have to face overweight problems during vacation? It’s either giving that excess baggage out or pay for it.

But a certain flight passenger from the Philippines decided to accept the challenge instead.

“When the airline staff at the check-in counter said, “Only seven kilos are allowed in hand luggage”. Me: “No problem”,” wrote Gel Rodriguez on her Facebook post.

As usual with most airlines’ guidelines, only 7kgs are allowed for hand-carry while she’s carrying 9kg in her small suitcase. This prompts her to be creative and so, she did it by wearing 2.5kg of her clothes.

The post has received more than 34k likes, 1k comments and 21k shares on Facebook. She wore five t-shirts, three pairs of pants and three jackets which were obviously hot. But she survived!

And we agree with her way.

Several people commented on how they regretted not thinking of this instead of throwing away their stuff. Others claim that they have done the same thing to avoid the excess fee. Props to her for being creative and adamant about not throwing anything away!