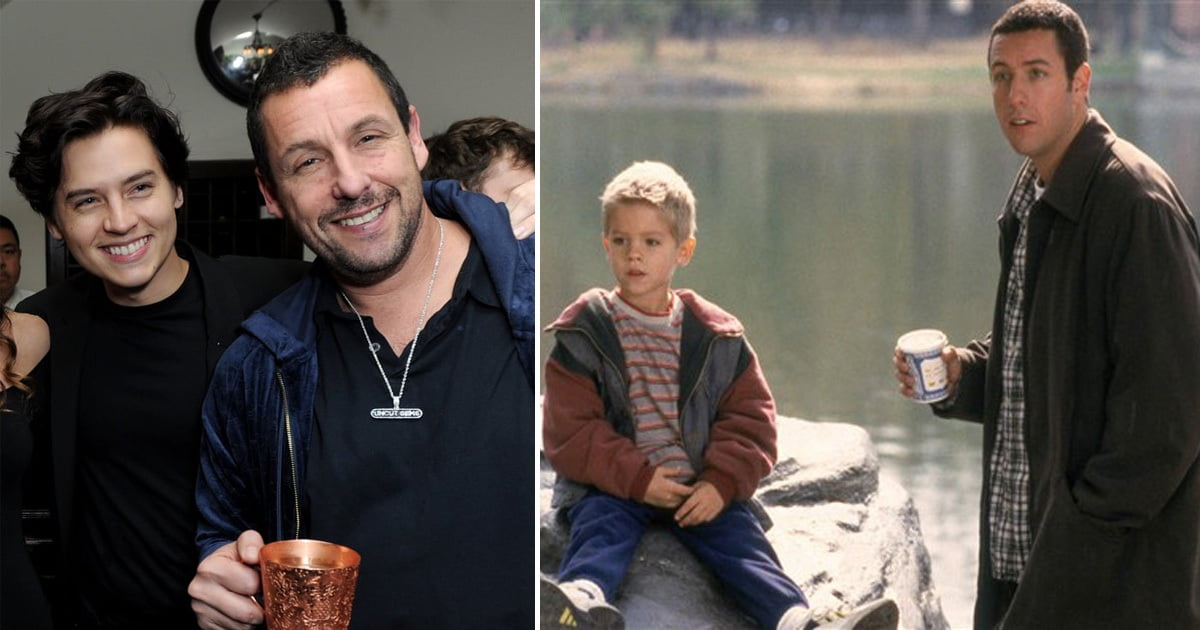 Twenty years ago Adam Sandler and Cole Sprouse met for the first time on screen, playing the roles of father and son. since then, a lot has transpired and the two actors have never never been reunited; until recently.

When he was just 6 years old, Sprouse played Sandler’s adopted son in the film “Big Daddy,” a role which he shared with his twin brother Dylan.

The movie tells the story of a man who adopts a child in a desperate attempt to woo back his girlfriend. The Hollywood star is thrust into an awkward situation where he has to look after a five-year-old boy (Cole Sprouse) after he was dumped on Sandler’s doorstep.

Sandler, 53, and Sprouse, now 27, reunited and posed for an adorable ‘father-son’ picture together at the premiere of the “SNL” star’s film “Uncut Gems,” a deviation from Sandler’s comedic movies like “Big Daddy.”

The upcoming film is getting a hell of a lot of hype after being screened to a few select audiences.

Directed by Benny and Josh Safdie, Uncut Gems premiered at the Telluride Film Festival ahead of its December release. It stars Sandler as Howard Ratner, jeweler-turned-gambler fighting to pay off debt after debt — a role that’s receiving Oscar buzz.

On Wednesday, the star said that he had one very specific problem with the film’s original script: the name of his character’s girlfriend.

Played by Julia Fox in the film, Ratner’s mistress was originally called Sadie.

Sandler is the father to Sadie, 13 and Sunny, 11. He then went on to speak about his family and how he doesn’t want his kids watching the movie anytime soon.

“[There’s] some dirty stuff, yes. I was filthy in this movie,” Sandler pointed out. “And yes, it doesn’t look great, but it’s a good movie.”