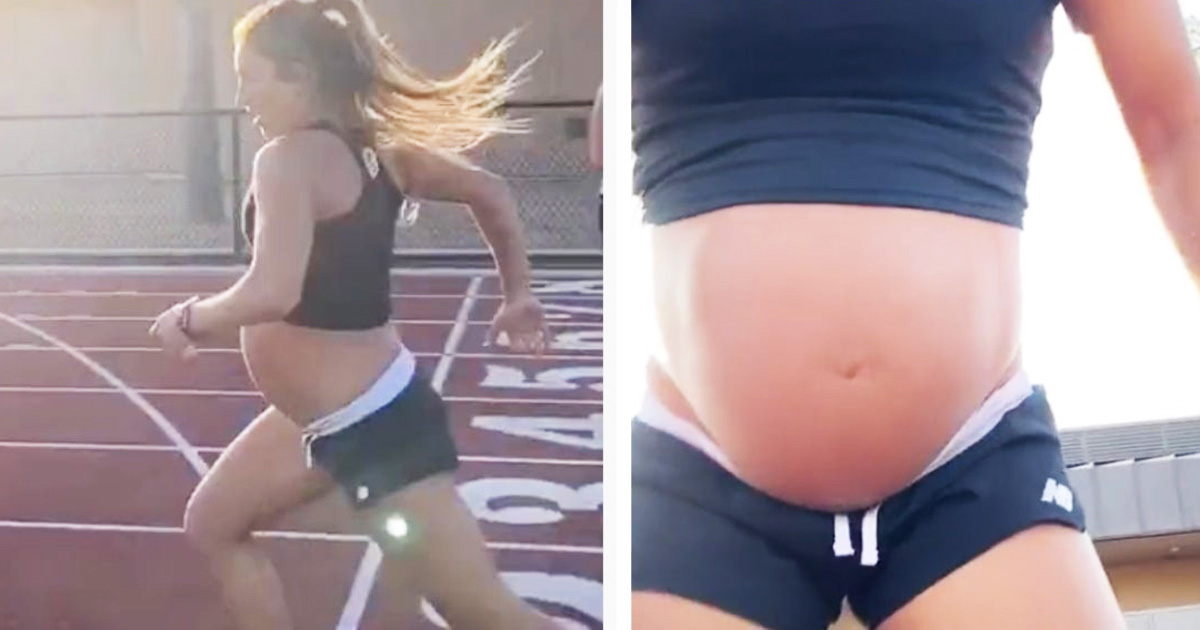 “A Mile at 9 Months Pregnant,” Myler captioned the video of Makenna running laps around a track, her pregnant belly on full view.
“It’s a big belly,” Mike comments as his wife runs by on her first lap.
“Let’s go, kiddo, nice and smooth,” he says as she passes him on her second lap.

Posted last week, the video has since gone viral, getting close to 700,000 views. But the journey of a thousand steps began with a few paces.

In The Beginning, She Was Unsure How running Would Affect Her Pregnancy As It Advanced

Ms. Makenna, a product trainer, says she made sure to run five to six times a week throughout her pregnancy.
“I cut back my mileage a lot and have been a lot slower, but I have been very particular with my strength training to make sure my pelvic shift and added weight didn’t/doesn’t cause any injury,” she said.

Makenna’s Doctors Were Okay About Her Running Intensely While Pregnant

However, she admitted not being too confident towards the beginning of her pregnancy. She felt nervous about what running would look like as she advanced further along with the pregnancy. However, confident in herself, she affirmed to her husband she’d be able to run at least a 7-minute mile, which was equivalent to her casual pace pre-pregnancy.

“To keep me motivated, my husband said he would give me $100 if I could break 8 minutes doing the mile at 9 months pregnant,” Makenna said.

Doctors However Emphasized The Importance of Getting Enough Calories

While we are fascinated by Makenna’s display of athleticism during pregnancy, it turns out she got a green light from all her doctors.

“My first doctor was all about it because he had dealt with elite athletes before,” she said. “My second doctor asked me to be a bit more cautious because he didn’t understand my background — and that was before any ultrasound. After ultrasounds showed a perfectly healthy baby, he’s been more supportive, but emphasizes the importance of getting enough calories .”

“Feeling capable is everything to me,” Makenna said. “Running has been a big outlet for me in that way. Running during pregnancy has been a beautiful process of accepting effort and patience, not forcing anything, and letting go of pace and forced mileage.”

Ms. Makenna is due on Monday, Oct. 19. Till then, the athletic mom-to-be is planning to continue running.

“It’s funny, I kept waiting and waiting for the day when I would just be done, or my body would break, but that day never came. So yeah, I’ll probably still be running by next Monday.”