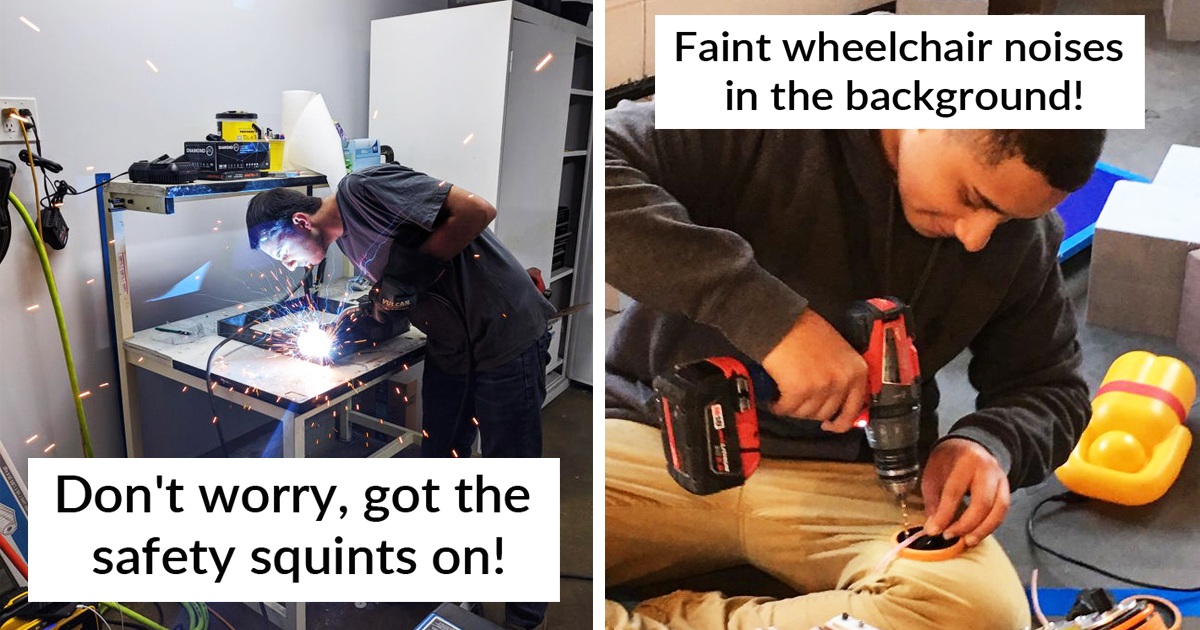 Did you know that women have longer life expectancy than men? Of course, there is also the reason that it was mandatory for guys to be involved in the military during the world wars. But as we enter the 21st century, things have cooled down and we’re not living in times of war.

Why do men still at risk of dying earlier than women? You’re about to find out and it has got to do with doing stupid things.

Don’t worry, got the safety squints on, boss!

“My buddy sent me this from his job site today”

The new member of Robotics team.

Dave checked this about two decades ago.

A fire security door in German that is also the exit door.

Found this guy digging in a manhole on busy 4 lane road. No cones, no truck, just an orange vest.

Woodstock, 1969, sound crew members being craned up to their stations.

If you forget the parking brake, your gonna have a bad time.

Rope jumping, no biggie. Except that this glassblower is doing it with molten hot glass.

On our vacation to Egypt, we had to call in a plumber to fix the toilet and he casually just climbs out of window in flip flops.

Man wearing his helmet for safety.

Took some meaningful break in the afternoon.

This is how you paint the sidewalk Mexican-style.

How can this go wrong?

This is why women live longer than men.

Guys with their pressure washer.

They work together in Portugal.

It’s definitely a great idea to unplug the electric car barehanded while using the petrol cans as stilts.

They got safety helmets. Safety first!

Safety director went for a break. The boys took their chance.

Yup, he’s doing it right. Right on the edge.

Marvel, but he’s just a builder.

Fixing the bulb on the edge, home edition.

Yeah, just push it out, I’ll grab it by standing on my car.

Going to be fun getting back down.

So a friend fell off the roof.