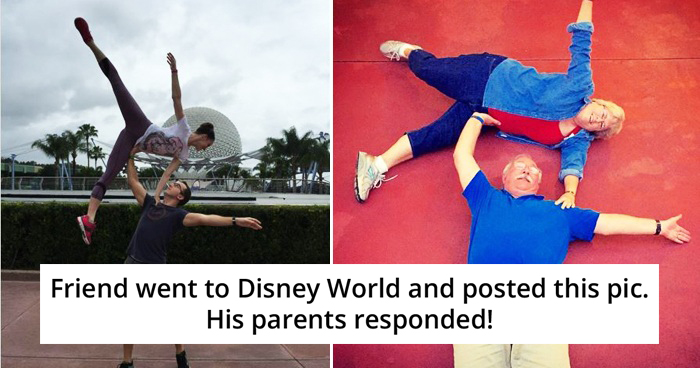 A lot of parents can go to the extreme when it comes to joking and embarrassing their children. That’s why it’s usually advised that kids shouldn’t in anyway underestimate their parents.

They were once a child, hilarious, sneaky and clever as well. On the other hand, regardless of how much kids are loved, there’s no denying that parenting can be quite a challenging one. Hence, it’s no surprise when the parents in this article reached a decision to keep a healthy sense of humor.

From an over protective father, Selfie in the mail to insert here birthday card from parents, these parents have genius form in trolling their children. Truth be told, they’re hilarious and perhaps even more juvenile than their kids. Have a look!

#2 Insert Here! That’s What She Said

#4 Son Requested For A Cold Hard Cash! Here He Goes

#5 She Got The Eye Pad Asked For

#9 Dad Shouldn’t Have Been Asked To Bring This

#11 Dad Stared Profusely For 5 Mins. Looked Down The Plate & Saw This

#14 Dad Googly Eyes Everything In The Fridge

#15 Complained To Dad My Apartment Lost Power For 2 Days. Minutes Later, I Got This

#20 We Challenged Our Dads, & Here’s The Result

#21 Parents Realized My GF Likes Puzzle. They Felt They Were Being Hilarious

#22 Parents Shared A Selfie Via Mail

#23 Boyfriend Photos Replaced After Moving Out Of Parent’s House

#24 Parents Response To An Escaped Murderer Near Where I Reside

#26 Daughter Had A Nightmare About Me Getting Stuck Into The Computer After Seeing Tron. She Woke Up To This

#28 Each Time Dad Visits He Hid This Before Leaving. Made Coffee For Like A Week Before Noticing

#30 Dad Thought He Was Home Alone. I’ve Been Laughing Hard

#32 Mom Wrapped Sister’s Rug For Xmas Looking Like This