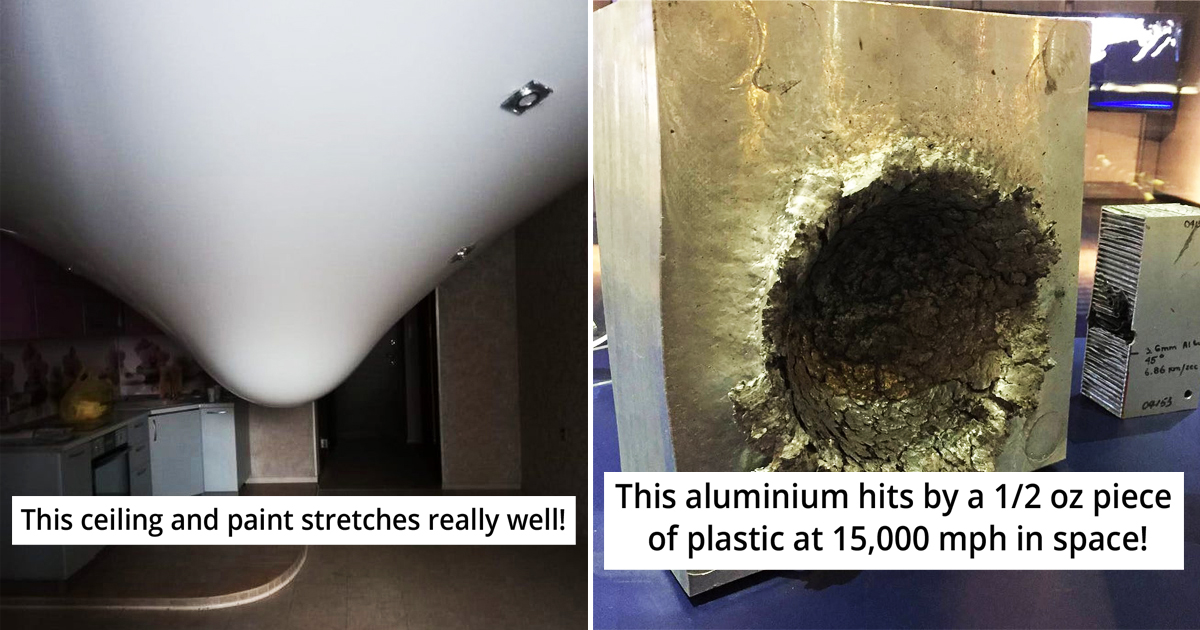 There is so much we have yet to understand and discover. We can’t even tap the full potential of our own brain nor can any submarine or underwater device reach the depth of the ocean without getting squished. Just a few days ago, the Pentagon finally releases the official footage and admits fully to their encounters of flying objects they could not explain.

We don’t have pictures of aliens, but even so, we know these images would absolutely blow you away.

The result of a fresh spring roll being left alone for 4 days.

These two creatures look like they have planned their outfit for the day out. They are spotted frog and spotted turtle.

This beautiful patters was a result of the earthquake that hit Olympia, Washington in 2001. The vibration caused the pendulum to move around.

If you leave some construction paper sheets around, the wasps will build a colorful nest.

This is how bad the air was in Australia during the wildfires. No filter.

You’ve probably heard of the wondrous ice cave in Patagonia. Here’s one of them.

A perfect, clear reflection of the TV, clearer than most LED monitors that exist in the world.

This is one picture divided by what’s actually a body of water.

In space, a half-ounce of piece of plastic will blow you apart. This spacecraft was hit by that, but at 15,000 miles per hour.

Lichens grew on this rock and created this pattern.

You know what this is. But like you, we have absolutely no idea how the egg yolk would drip (or explode?) and to froze in such a way.

Never seen the underside of a lily pad? Well, now you have.

Spider plants have fingers as roots.

Blueberries on steroids, except that no one can prove they are on steroids.

Some thing this is cute, others think it’s kind of creepy. This is a developing puppy!

First age of computers used to take up the space of a whole room. Meanwhile in 2020.

The stop sign has worn out and turned into such a funky design.

The gorgeous, vibrant refraction that produces rainbow in this room.

The amazing ability of these mountain goats in scaling mountains (or walls!).

It’s just a trunk that grew in a way that creates a knot.

Experts love finding preserved old creatures in the Siberian Tundra as they tend to stay intact. Like this Lark bird from the Ice Age.

If you’ve never seen this, people do brick up trees to keep them up.

This is why oysters are crucial to a healthy aquatic ecosystem.

This couple discovers that they have the exact same pattern of freckle, but their DNA test shows they’re not related at all.

That ceiling and paint stretches really well. Don’t you just feel like poking a hole and see what comes out?

Glow-in-the-dark keychain made of tritium that emits natural radioactivity.

A beautiful bamboo forest when it’s not filled with tourists (nor vandalized with graffiti).

Winter was so harsh that the base of this tree turns into frozen icicles.