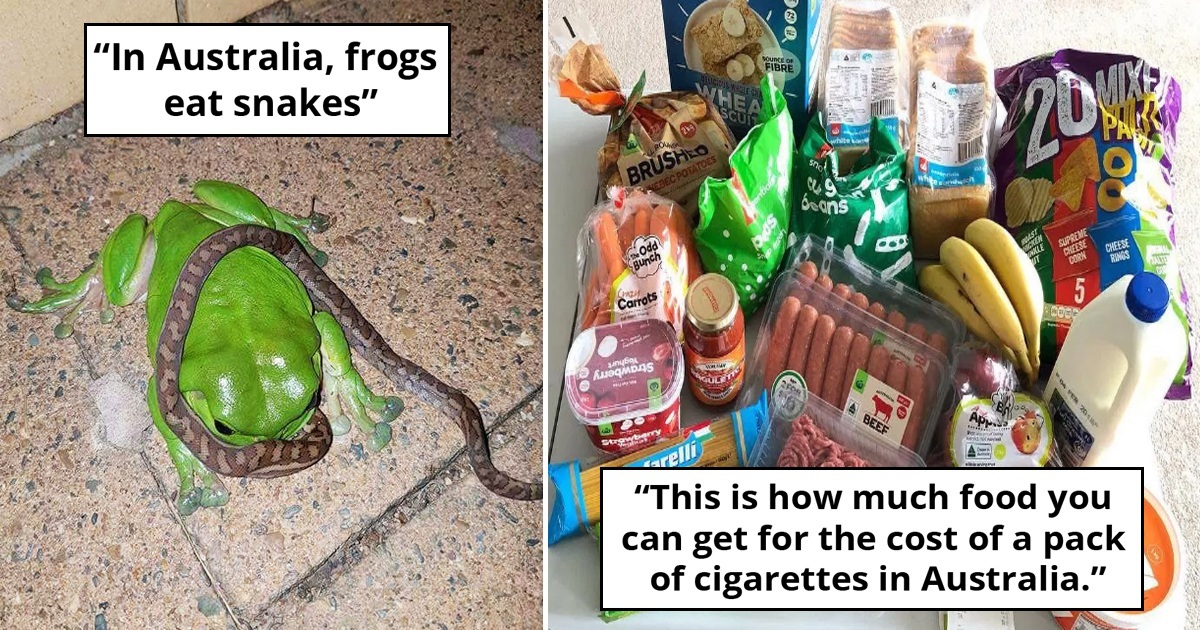 30 Pics That Prove Australia Is A Whole New World

Australia, the land out of the outback, famous for its pretty hot and dry climate, which is home to many native species. They have Kangaroo Island, which is filled with kangaroos as well as koalas. The variety of lifeforms and the government’s movement to preserve nature allow people to co-exist with their surroundings.

Sometimes, co-exist can also mean an unwanted encounter with spiders, bugs, and other creatures under the ‘NOPE’ list.

But hey, spiders aren’t the only thing around here! It’s also a unique country with many things that make people fall in love with them. It’s weird, and the people can be a little bit frank, but you’ll definitely love it.

“This interesting plant is native to Australia.”

“Two extremely cute and endangered barking geckos Waring up on my hand on a cold morning in Western Australia. These are the only 2 I’ve ever come across so was pretty awesome.”

“Flushed all the cane toads out of my brothers dam. Some of them took the easy way out – hitching a ride on the back of a 3.5m python.”

“Just pan over to the left Barry.”

“I’m stuck in Europe because of COVID and then my family took this photo and sent it from their camping trip at Skene’s Creek Victoria… ok, now I’m really homesick.”

“Bit of a rude awakening this morning.”

“Finally, something in Australia that doesn’t want to kill me. Banana for scale.”

“It’s so bloody hot here in Australia at the moment, and I wondered why birds weren’t using our bird bath.”

“Too hot for Jesus in Queensland!”

“You know you’re in Australia when frogs eat snakes.”

“This tree in the Daintree Rainforest (Queensland, Australia).”

“This is how much food you can get for the cost of a pack of cigarettes in Australia.”

“Don’t expect thanks from Loretta if you find her.”

“Still a better receptionist than the one we had on check-in.”

“An emu egg I found a few years back in Australia.”

“As an American, you guys are kinda weird.”

“An EMU just cruising around my rural towns little airport.”