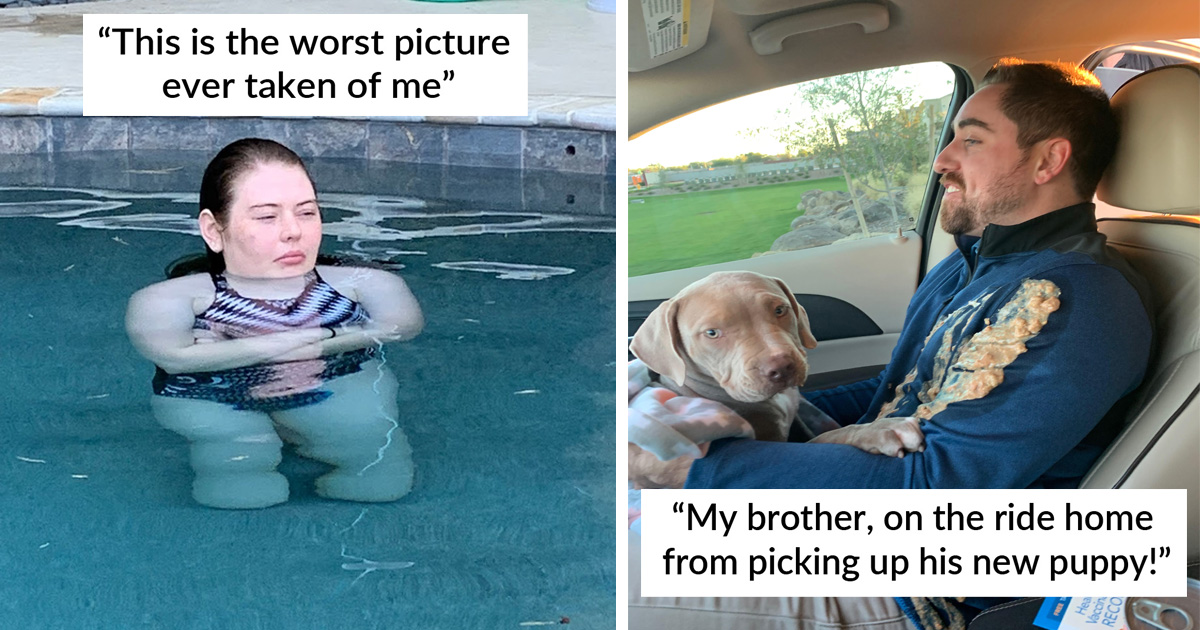 30 Pics From People Who Were Having Hilariously Worst Day Ever

We’ve been through really bad days before. Losing the very homework you gave your full effort on, car won’t start on the day you have an interview, etc. All we want is just things not to get in our way, let alone go smoothly. But surely, that isn’t how the universe works!

There is only one way to feel better. Well, besides from being handed a cup of coffee and $1m dollars, seeing people having even worse days often make us feel better. That ‘Ah, the universe isn’t just attacking me alone’ feel always lifts up our mood!

You’re looking at old rotten potato slurry meant for cows splattered inside a truck because the window was down.

So, he’s getting driving lessons now.

Hands down her worst picture ever.

Priest accidentally had sunglasses and hat filter on while live-streaming the mass.

This person was on a rage trying to find his drill. Can you find it?

Cat came back from her stroll with a stranger’s keys.

Brother was picking up his new puppy.

Did not hear it hit the floor.

No, you just pretend this clip doesn’t exist.

Our picnic spot after hiking for 2 hours.

Reporter got her new license plate.

This is my friend who works as extra in movies as well as for stock photography. His picture was used as an offender on a bus in Florida.

Came back to apartment a few weeks later.

Bakers threw away failed mix, but yeast doesn’t stop just because it’s in a dumpster.

Seems like someone did not tie the hopper properly on the train. Look at all these corns!

I was bringing with me a bag of used cat litter to throw away as well as lunch when driving to work. Want to know which one ended with me at work?

Reid, 10 years later telling this story to his psychiatrist.

Please choose a less windy day when you decided to dump your bedframe.

Sun was out, looked like a fine day to go out.