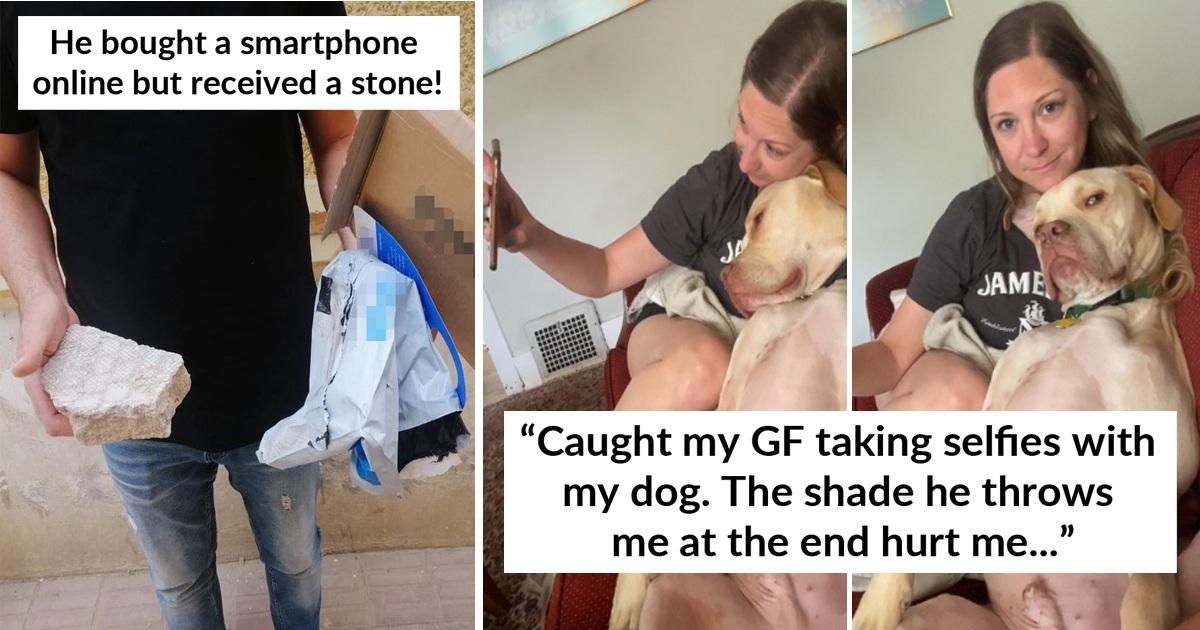 27 Epic Moments Of Bad Luck People Shared On The Internet

Sometimes we’re lucky, sometimes we’re not. But in most times, we hope we won’t have the kind of nasty lucks these people experience. The world can be pretty merciless and all we can do is just accept it as is. Hard to say many of us have tried puddle or getting drenched in black toner while at work.

Well, they might be unlucky, but they decided to share them for the laughter and receive internet points in return!

My boyfriend dropped my makeup bag.

He bought a smartphone online but received a stone!

“Spent the last two months exercising, eating well, getting in shape. Sunday was my first organized soccer game in ten years. 35 minutes in and I partially tore my quad.”

My mailbox was blown up by lightning last night!

Caught my Girlfriend taking selfies with my dog. The shade he throws me at the end hurt me…

Caught my GF taking selfies with my dog. The shade he throws me at the end hurt me… from r/funny

Someone got his license today.

Tan lines looking like a car ran over her.

“It might rain today, I think I’ll take my umbrella out.”

Developed alcohol intolerance after casual drinking for years. This is after one drink.

The wind uprooted the tree on my front lawn.

My order was ‘half mushroom, half pepperoni’.

The road between Kununurra and Broome is closed due to flooding, and the closest detour on paved roads is almost 4,000 miles.

Traded for the ‘window seat’ before getting on the plane.

Planning to head to work early when:

On a beautiful Sunday morning.

The toner exploded when getting switched out and I was there.

If you’re wondering, the window was down when the truck drove through a puddle next to me.

The professionals insisted that this was the only way to install my old AC in the new house.

My chicken stole my pizza slice off my plate.

My boss of a small coffee shop accidentally mixed unroasted beans into roasted ones, so we’re separating them by hands now.