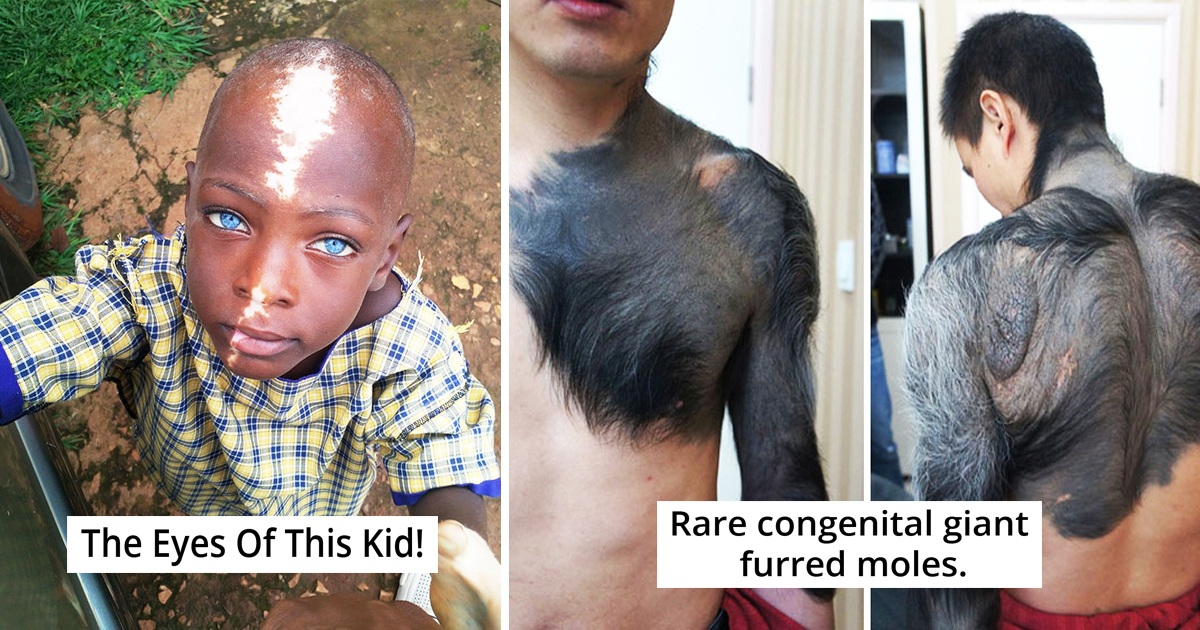 30 People Whose Unique Appearance Shows The Power Of Genetics

A lot of us are not born with ‘normal’ features as most people do. From albinism to having more than 10 fingers, we are living in a world at a time where people are embracing differences. Genetic uniqueness is not something we can choose to be born with, so the best way to go with it? Love them, grow them, embrace them.

A lot of congenital cases and unusual features come with symptoms. But there are also times when these features are simply what they are – features!

Not sure why, but this man has a really long thumb! It can be due to our increased activity on smartphone according to a hand therapist.

This baby is born with 12 fully-functional fingers and showed his baby pictures.

She is a ginger with heterochromia!

This man has albinism and naturally has bluish purple eyes.

This kid has a rare genetic disorder Waardenburg Syndrome that gives him this mesmerizing look.

‘Elven ears’ or Darwin’s tubercule, is a congenital ear condition of thickened rim of the auricle.

This person whose eye has an iris growing over her pupil.

People would suddenly stopped talking to her as they noticed her eye. It’s coloboma, a rare condition that happens to only 1 in 10,000 people.

Girl was born with the same patch of white hair like her mom.

He has a brown ring in his eyes.

Her peace sign looks unusually wide. She may need a test for joint hypermobility.

This person doesn’t have a pinkie!

She is born with different colors of eyelashes, could be from Distichiasis.

A boy born with two coloboma! It doesn’t usually affect the vision unless it’s too large.

She has half-face vitiligo.

This girl born with polydactyl and looks rad.

This person has webbed fingers which is a simple case of syndactily.

Man with vitiligo on just one side of his face.

She has uncombable hair syndrome that only happens in 100 people in the whole wideworld!

This person has two uvulas. It can cause severe nasal-sounding speech, but still non-harmful.

A man with a stripe across his eye. This is partial heterochromia and often does not come with any symptom.

She was born with both blonde and brown hair.

She has multiple rows of eyelashes called distichiasis. So enviable!