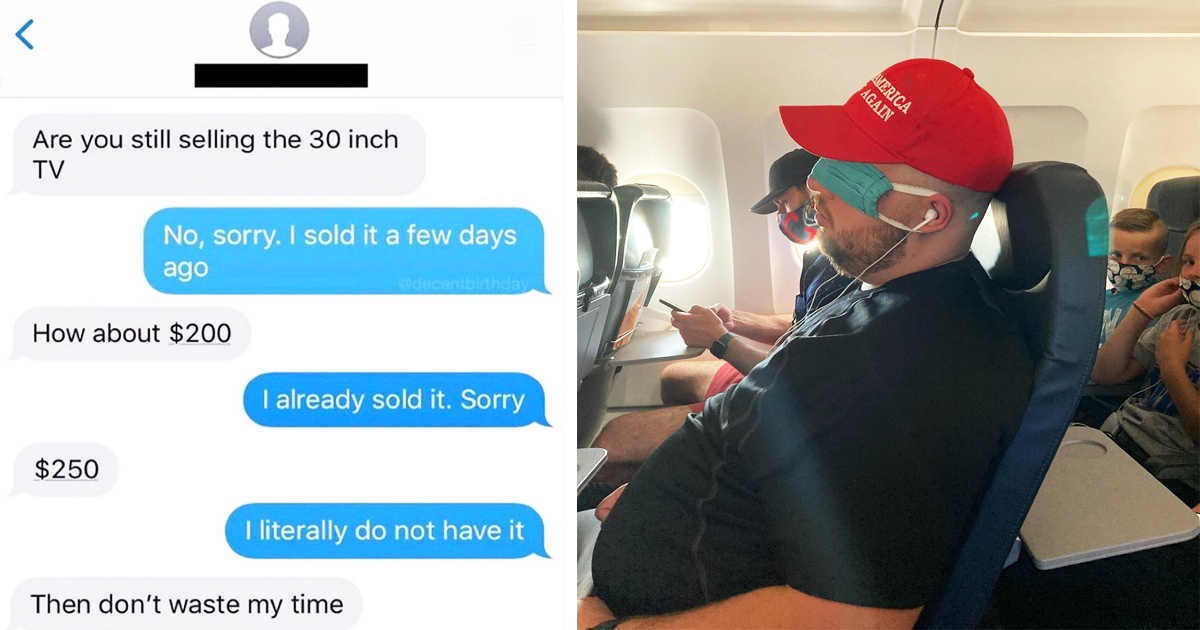 We do and say stupid things sometimes. Like that time when we get a little drunk and texted our friend about accidentally keeping their phone. Some others are even more unfortunate, having to deal with thickheaded individuals that insist babies don’t have bones or even misunderstanding the concept of birth.

What happened when they grew up? What did they learn at school and home? In fact, TV shows and movies should be enough to have taught a lot of this common sense, but we seem to be wrong yet again.

People be grown and use umbrella before they go stupid like you.

Someone doesn’t have a passport.

Someone failed her *geography* class.

You paid tax and think they use their own money?

This is why you go to school and study, kids.

Yeah, because greedy people would eat a whole cake by themselves.

He couldn’t believe the latest conversation he had with Jenn.

When you’re not on the same page.

This angel that lacks common sense.

I understand you don’t want vaccine, so why not make some vaccine?

Fancy ID there, where’d you get that done at?

He gets awards for being dumb. But this is so good, you just can’t get mad.

A&W getting stroke from finally understanding how stupid the market is.

Here we are thinking about how she’s going to parent.

You wish you wouldn’t just sleep with anyone?

Cheers because thanks to them, we get cheap beers.

Why are you Korean?

Is the Pink PANTHER… a lion?

He just realized he ha- what the actual-

Because a quarter is too much, we went with a third.

You don’t have to learn some Spanish. Just some common sense.