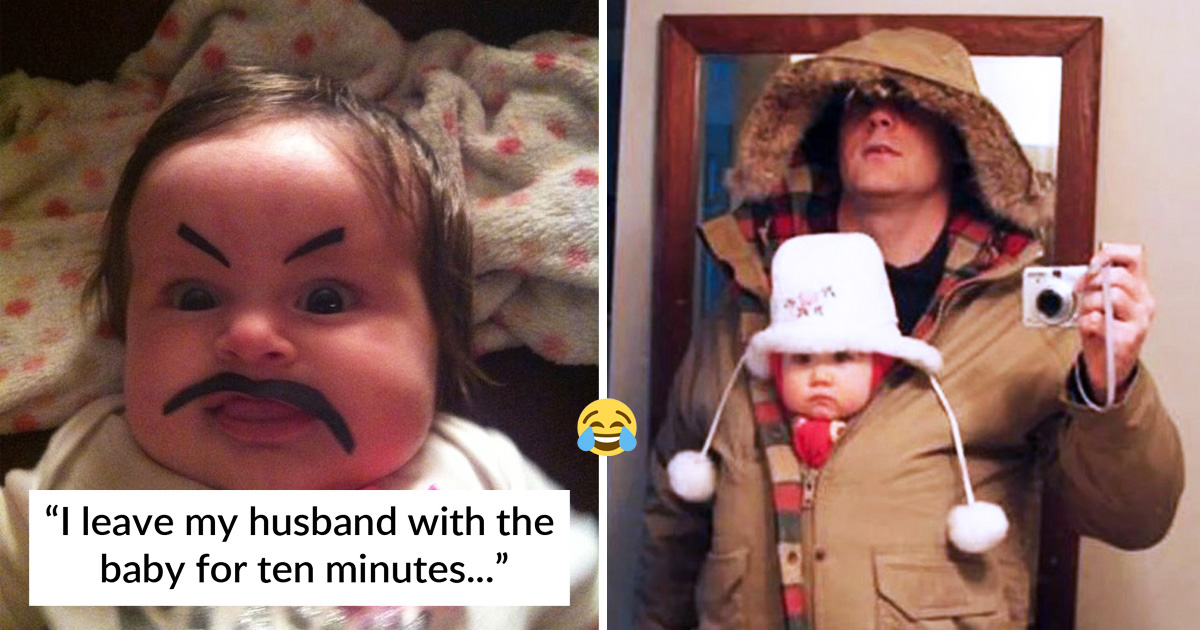 Moms are naturally the better half in parenting because it is easier for them to bond with a baby that literally grew in them almost a year before they’re out. That’s why they tend to portray this loving, warming and gentle image when it comes to being a parent. Dads, however, are totally different.

From cracking dad jokes to brainstorming methods to push the swing while drinking beer 3-feet away. Fatherhood is an absolute wonder to watch when dads aren’t making memes within the 10 minutes they are left alone with the baby.

“Dad, can you tie me a ponytail?” Dad: grabs a vacuum cleaner.

Husband was serious when he said he’s dressing son as an old man for school.

Daughter wanted a swing, so dad became one.

Mom was adamant about the kids staying in bed.

When dad is in charge for preparing the kids for school.

Was asking about my niece and my brother sent me this picture. Parenting going well.

I’m a bad dad, but this picture is absolutely staying in the album.

Baby is absolutely having fun.

Husband was found like this after he put the one-year-old to sleep.

His kind of Father’s Day.

When it’s your turn to parent, but also to shovel the snow.

Got a new label maker to organize things and dad finding it helpful already.

Mom left the baby alone with dad. An hour later, she came back to this.

Within ten minutes of letting baby out of sight with husband.

Son was Joe Rogan for his first Halloween. He approved.

He put daughter’s hair in a bun. Literally.

Baby was left alone with boyfriend.